It is often cited that keeping hold of a customer is much less expensive to a brand than acquiring a new one, yet the majority of spending and strategic thinking goes towards doing the latter. Many marketers are belatedly getting to grips with this inconsistency.

However, less than one-fifth (19%) of UK consumers fall into the most loyal of four groups identified by a new report from Beehive Research, which also finds people generally do not trust brands’ offerings that are designed around customer retention. People either do not believe or do not understand messages of this kind, having become used to seeing only introductory deals for new customers and second-class service from their existing providers.

A typical comment comes from a female respondent aged 18 to 24, who falls into the ‘passive loyalist’ group – the largest of the four, making up 30% of the population. These consumers are the second-most loyal group, welcoming offers from their existing providers, and while they look for the best deal they often do not get around to switching.

The respondent says: “Far too many brands just focus on new customer offers. Old customers start to feel put off because they can’t get the same deals, although ironically you often can by leaving the service and rejoining – but that’s just hassle.” 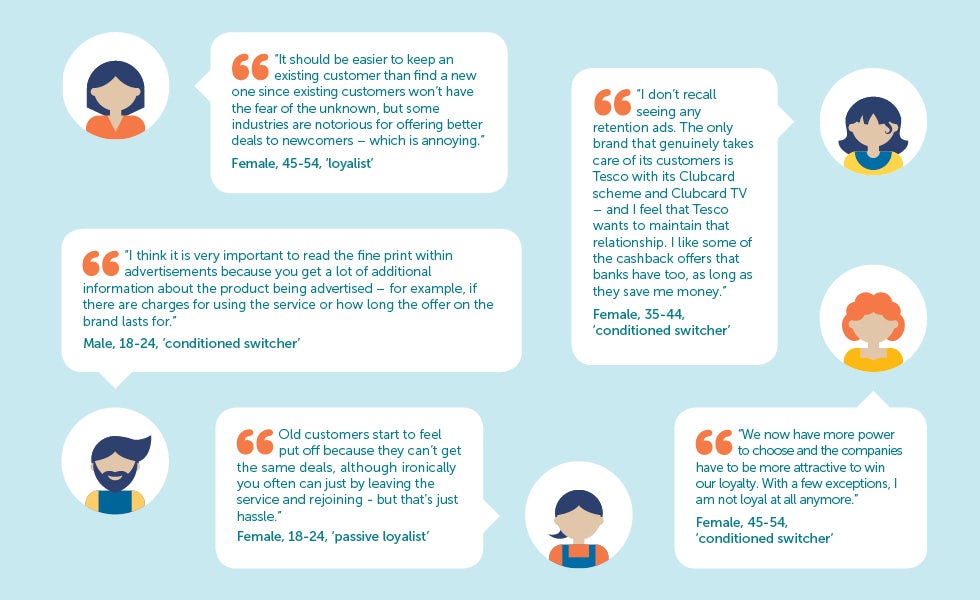 Even though the ad points out that this is provided free to all Sky customers, research subjects were suspicious. One female respondent aged 35 to 44 in the ‘neutral/unengaged’ consumer group complained that it “doesn’t explain how the shield works or at what cost”.

‘Neutral/unengaged’ consumers, which make up 28% of the population, are defined as those who have no particular interest in hunting out new deals or in being incentivised to stay loyal. They see brands solely in their capacity as service providers.

Other viewers of the Sky ad were so wary of its offer that they felt it necessary to read the on-screen terms and conditions carefully, noting a recommendation that Broadband Shield be used alongside other antivirus software, thus undermining the value of the free product in their eyes.

According to Beehive research executive Laura Gould: “It shows a cycle of mistrust and poor delivery in the retention message.”

A further comment from a male respondent aged 18 to 24, a ‘conditioned switcher’, explains why consumers often remain on their guard: “I think it is very important to read the fine print within advertisements because you get a lot of additional information about the product being advertised, for example whether there are charges for using the service or how long the offer on the brand lasts for. Reading the fine print helps me decide to either use that brand or product there and then or to research it further.”

‘Conditioned switchers’, making up 23% of respondents, are the least loyal consumers. They use comparison sites and switch often, and would rarely stay with a brand that costs more.

Yet even the most loyal consumers – ‘loyalists’, also the smallest group at 19% – are unmoved by retention messages, according to Beehive managing director Paul Kavanagh.

“We set out with the hypothesis that ‘loyalists’ would be more receptive to the retention ads than ‘conditioned switchers’. However, people didn’t find that the retention ads were giving them enough to truly believe it, particularly at the loyalty end [of the consumer spectrum].”

If even their most dedicated consumers are not impressed by retention-based marketing, it suggests that marketers face an uphill struggle to devise crystal-clear propositions that engender feelings of real loyalty. 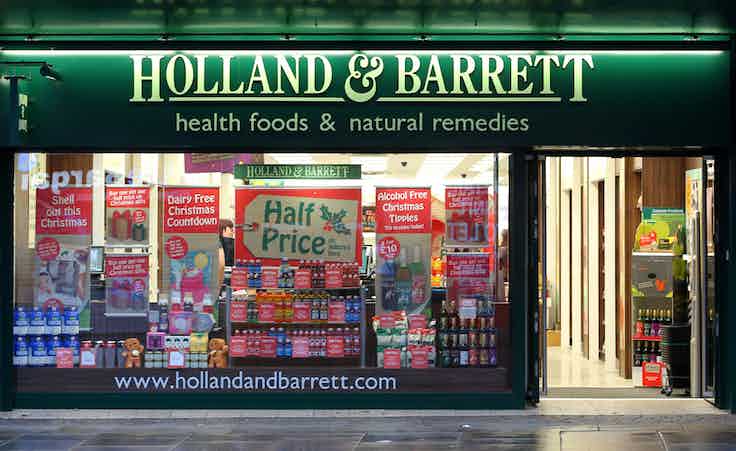 Using segmentation, brand-driven strategy and targeted promotional mechanics means brands can avoid a race to the bottom, even as ever-deepening discounts vie for consumers’ attention.

Strong engagement helped John Lewis see off strong competition from both Marks & Spencer’s and Sainsbury’s in the first week of the Christmas ad battle but Asda and Lidl had a disappointing start.