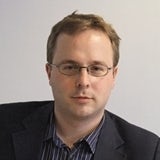 The UK is now firmly in its second phase of “free” internet access. When Freeserve was launched by Dixons in 1998 it drove a wave of people online for the first time. It wasn’t really free as you still had to pay for the vital telephone connection, but it forced competitors to follow with similar pricing systems. And now it seems the same story is set to play out again today.

Carphone Warehouse began the latest phase with its TalkTalk phone and broadband service, and this time it’s been using second generation of web technology such as blogs to stay ahead.

Already it has been joined by Freeserve’s successor Orange and, this month, by BSkyB with services both likely to called free. A more accurate description is inclusive, although that doesn’t have the same immediacy for attracting customers.

Carphone Warehouse made a mess of launchings its broadband service, failing to anticipate the high levels of demand and running misleading advertising. Its chief executive Charles Dunstone, however, has proved resolutely optimistic about his firm’s ability to turn that around. His blog, which he has been writing since April, has also allowed him to out-manoeuvre the Advertising Standards Authority.

On 13 June he noted in his blog that “common sense has prevailed and we will be able to advertise the service as free”. Six days later, the ASA upheld almost all the complaints of BT, Tiscali, NTL and others, saying the broadband service shouldn’t have been described as free. It said the ads would have to be changed and approved by the Committee of Advertising Practice in the future.

It goes some way to proving that it’s not just the unknowns who can attack the establishment through blogs. The longer term question is whether the “free” model is sustainable.

The stock market has shown its doubts, with Sky’s share price falling after it announced its new broadband offer. Carphone Warehouse’s shares are also down 11% in the period since it launched its offer.

Their window of opportunity might not be long. To make the new generation of services work all the companies involved will need revenues from other sources, be it advertising, content, telephony or other services. And that’s likely to be far tougher than coming up with gimmicky pricing and misleading advertising.