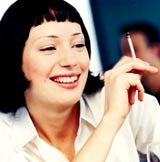 Fashion, tastes, culture and changing demographics all play their part in affecting the shape and the future of the alcoholic drinks market.

The latest research from BMRB’s Target Group Index, a continuous survey of over 24,000 adults representative of the UK population, reveals how each of these factors is affecting the alcohol sector and gives an insight into how the drinks industry will look in the future.

Penetration of alcohol drinkers is declining, possibly because of a growing interest in healthy lifestyles. However, because the population has increased, the actual number of drinkers has remained constant over the past ten years.

While the population as a whole has grown, the number of 18to 24-year-olds has decreased, so advertisers now have a smaller base of these consumers to target (there are 4.5 million people in this age group, 1 million less than ten years ago).

While there are fewer drinkers in this sector, those that do partake are drinking slightly more regularly – 13 per cent have a tipple once a day compared with ten per cent ten years ago. So the possible negative effects on the dr

inks market caused by changing demographics are being balanced by changes in behaviour.

Some drink categories, such as bottled lager, have grown in popularity, especially among women. In 1990, 12 per cent of women drank bottled lager – twice that amount drink it now. Bottled lager has helped change the stereotype that it is not “lady like” to drink lager.

A new category of pre-mixed spirits has also arisen over the past few years, which has broadened the appeal of spirits in general and particularly among younger drinkers, who have become accustomed to drinking from bottles.

Pre-mixed spirits are particularly popular among women – over 16 per cent include them in their repertoire of drinks – although TGI data suggests the majority of women who do consume pre-mixed spirits do so only once a month or less, on average.

The range of alcoholic beverages that drinkers are consuming is becoming narrower. Either drinkers are being less experimental or manufacturers are succeeding in attracting the loyalty of drinkers to just one or two drink categories.

Willingness to try new drinks differs between age groups and over time. More than ever, younger drinkers are interested in trying new drinks, giving manufacturers the opportunity to developing new formats – paradoxical, given that the repertoire of drinks has become narrower.

According to TGI, as drinkers get older they are less likely to try new drinks, making it essential that manufacturers encourage as much new product testing as possible among the younger, more adventurous age group.

Draught bitter and stout is a sector which has suffered from an “older” image and is generally not sampled by younger drinkers. Fifty-four per cent of drinkers of draught bitter and stout are aged 45 and over; ten years ago this group accounted for just 45 per cent. There is a danger that consumption of these products may simply die off with their current consumers.

An analysis of drinking locations also helps us to understand the market. The on-trade industry bemoans the fact that adults are spending less time in the pub. But it would appear from TGI’s data that drinking in a pub is still popular.

Fifty-five per cent of adults aged 18 and over visit a pub for a meal or a drink once a week or more often. Clearly the pub is still the preserve of the young, but the average age of the “pub goer” is on the increase. Given the rise in the number of middle-aged people, it may not be long before they are visiting pubs in numbers equal to those young enough to be their children.

New pub brands and the fact that major brewers have recognised their pubs can be designed to create different atmospheres throughout the day has perhaps given rise to this trend. A pub serving coffee in the morning might equally turn into a pub with a “night-club atmosphere” in the evening. The on-trade industry’s attempts to provide extra entertainment for younger drinkers is also likely to be a contributing factor.

Just as the pub seems to be the preserve of the young, drinking at home is the preserve of the middle to older age groups. Those who definitely agree with the lifestyle statement, “most of my drinking is done at home” are more likely than those who “definitely disagree” to drink whisky and gin. Vodka is more popular among pub goers than the home drinkers. This has implications for shelf stocks in pubs and category management strategies in retailing.

With an ageing population and a culture that is embracing new places to consume alcohol, such as pavement cafés and coffee bars, the alcohol market is facing tougher competition. The challenge is to meet the needs of the experimental late-teenagers and early-20s audience.