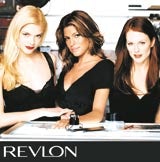 Worraker has relocated to the company’s New Mexico offices. Park, who was previously the European marketing manager, has taken over his responsibilities.

Worraker took over marketing for the UK and Ireland in November 2003, when the cosmetics giant reshuffled its management team after the departure of UK marketing director Jill Carretero (MW November 27, 2003). At that time, Revlon scrapped a number of UK-specific positions and folded UK marketing into the European business. It also named Chris Ellshaw as European managing director – Ellshaw joined Revlon the previous July from Procter &amp; Gamble-ownedÂClairol, where he was general manager and Worraker had been UK marketing director.

It is unclear whether Worraker’s move will mean a review of the advertising arrangements for Revlon’s brands, which include Revlon make-up and toiletries, Almay make-up and skin care and Charlie perfumes. Wieden &amp; Kennedy UK is the creative agency of record, with media buying by PHD.