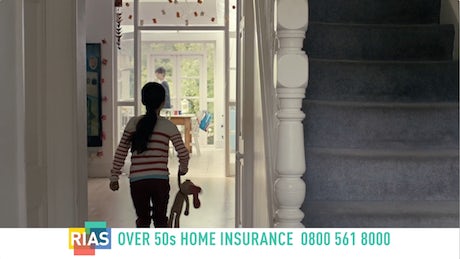 The brand has focussed on the over-60s with products that reflect that older consumers are less risky and less likely to make a claim but has identified 50-60-year olds as the next battleground with rivals such as =LV and Sage as well as direct insurers such as Direct Line looking to tap into the 22 million strong market of over-50s.

A £2m overhaul of its marcomms will see a redesign of its website, marketing literature and the launch of its first television advertising promoting its home insurance offer in 2 years.

A new strapline, “where experience counts”, will be introduced and material will feature images of over-50s taking part in outdoor activity as well as scenes meant to reflect the changing role over-50s play in families.

Mark Hanson, director of marketing at RIAS, told Marketing Week the overhaul is an attempt to develop an “emotional connection” with customers by celebrating the experience of those “still young at heart”.

“We are trying to make the marketing fun, accessible and real. Showing how life does not stop at 50,” he adds.

Research conducted by the insurer found 69 per cent of over-50s have the same “dreams and passions” as they did when they were younger and three-quarters (73 per cent) “like to try new things”.

Elsewhere, its Castle Cover brand will be relaunched as an online brand. It is being positioned as a multi-channel alternative for the increasing number of digitally-active over 50s and will offer cheaper insurance “by recognising they [customers] have put the work in themselvesby buying online”, Hanson adds. 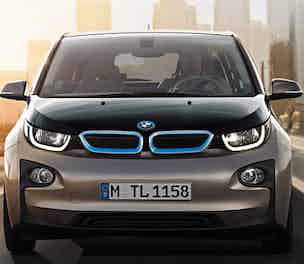 BMW is launching a Siri-like artificial intelligence SMS information service to help promote and educate consumers about its first ever fully-electric car. 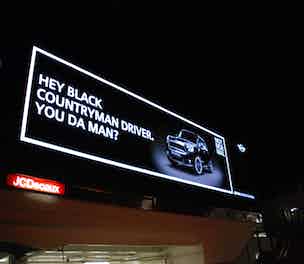 Car marque Mini is launching a digital billboard campaign that will “recognise” Mini owners as they drive past and serve them with tailored messages.