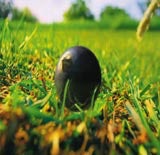 Ribena is investing &£10m in a television campaign to reposition the brand for the adult market.

The 40-second ad communicates the quality and real fruit content of the GlaxoSmithKline-owned brand, highlighting the fact that billions of British blackcurrants go into Ribena.

The ad, created by M&C Saatchi, which beat incumbent Grey Worldwide in a pitch to handle the Ribena account in April, tells the life story of a blackcurrant with a tongue-in-cheek tone. The irreverence is intended to appeal to people who grew up with Ribena and still like the taste but see it as a children’s drink. A voiceover says: “Ribena tastes great because 95 per cent of all Britain’s blackcurrants make it.”

The campaign, which will appear on TV from August 1 and in cinemas from August 22, follows the April launch of a new look for Ribena and new variants – Really Light and Berry Burst.

Ribena marketing category director Anne MacCaig says: “Ribena is a classic British brand with huge consumer goodwill. We expect the campaign to reinforce that and build on the longstanding success of the brand.”