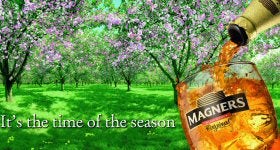 Cider is cool again – and not just because it is being served over ice. According to figures from the National Association of Cider Makers, sales volume for its members increased by 6.2% to 5.5 million hectolitres in 2005. But brewers are expected to see much higher growth rates – perhaps up by as much as 20% – as the full “Magners effect” comes into play.

Magners, the Irish cider brand that is credited by many with reviving a moribund market, only went into full UK distribution in March this year. Its sales volumes have increased phenomenally, so much so that the company has been struggling to keep up with demand and has had to earmark €250m (£168m) for the expansion of its production facilities.

But while Magners’ “serve over ice” message has certainly had a remarkable impact on the cider market in the UK, it is not the only factor behind the growth in cider drinking. Nor is it actually that revolutionary an idea – in Withnail & I, the cult 1987 movie about two unemployed actors in London in the 1960s, Richard E Grant’s character Withnail famously orders “Two large gins, two pints of cider. Ice in the cider”.

Many UK cider makers say that even before Magners came along, sales volumes were showing signs of growth after a decade of slow decline, as younger drinkers rediscovered the drink. And Magners has had no impact on UK draught cider sales, as it is not available on draught here yet.

No Need to be Ashamed
Henry Chevalier Guild, a partner in Suffolk premium cider maker Aspall, applauds Magners’ marketing, saying: “It has made it sociably acceptable to drink cider in public again.” He adds that Magners’ entry to the UK market was welcome, after a long period of under-investment in marketing and poor advertising strategies. Chevalier Guild says: “It wasn’t helpful that the lead brand in the market, Strongbow, couldn’t decide whether it was a cider or a lager in terms of its advertising.”

Magners’ above-the-line spend is around £10m a year, but Scottish & Newcastle’s (S&N) purchase of the Bulmers brands in 2003 was also a major factor in increasing marketing spend in cider, as S&N brought its marketing expertise and financial muscle to Strongbow and a portfolio of other ciders. S&N is putting a total of £24m behind its ciders during the current fiscal year.

S&N UK marketing manager for ciders, Steve Mosey, argues that while there has been a Magners effect, much of the current growth in the market is due to investment in new product development that started long before Magners went national in the UK.

Socially Responsible
S&N has also been very deliberately increasing margins, by moving away from the large-size PET bottles and the “give-away” promotions that had both become something of an industry norm in the 1990s. This has also helped underscore the company’s commitment to responsible drinking. Mosey says: “We’ve significantly increased the price per litre. There was a time when you could buy an entire week’s recommended alcohol intake for under £3 – incredibly irresponsible.”

The move towards glass bottles, new premium products and an emphasis in marketing communications on relaxed conviviality and sharing, rather than cheapness and strength, has definitely had an impact on the image of cider. Sales of white or strong ciders fell by roughly 8% by volume in 2005, and 5% by value. By comparison, sales of premium and traditional ciders were ahead by some 33% by volume and 35% by value.

John Mills, managing director of The Gaymer Cider Co, owned by US drinks giant Constellation, says much of the current growth in cider consumption is due to underlying consumer dynamics. He argues that cider had been doing well until 1995, when ready-to-drink (RTD) alcopops hit the UK. Mills says: “RTDs are now in free fall. The alcopops generation has moved on and is receptive to ciders, while the current generation of 18-year-olds is highly brand-aware and interested in products with genuine heritage. If they like Jack Daniel’s & Coke, they want it mixed in front of them, not prefabricated in a bottle.”

Mills also argues that the move towards “over ice” was already happening across the alcoholic drinks market: “There is a whole generation of new drinkers into ‘extra cold’. We have finally become the US, we no longer like warm beer.”

Cider certainly seems to have gained from the decline of the sector – RTDs share of UK alcoholic drinks sales has nearly halved since its high point of 4.5% in 2002, down to 2.3% in 2005.

As Mosey says, younger drinkers – those in their early-20s who have been fans of RTDs until now – have no preconceptions about cider, and so come to it with none of the baggage that a previous generation might have. For their parents, cider was old-fashioned, evoking images of scrumpy, folk singers and, frequently, first and worst hangovers. 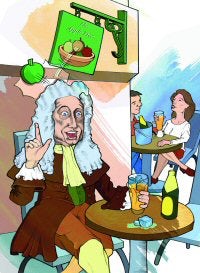 Uncool Image
The UK’s big cider makers may want to move the industry on from the much-mocked and terminally uncool smock-wearing, straw-chewing yokel image epitomised by The Wurzels in their top ten hit “I am a cider drinker”. But they also recognise that cider’s country connections can be modernised without being entirely airbrushed out of the picture.

Nor should it be forgotten that the UK’s cider industry contributes significantly to this country’s rural economy. Roughly half of all the apples grown in the UK are used to make cider, and cider makers traditionally sign contracts with orchard owners that will last for anything from 15 to 30 years.

But natural is “in” right now, hence the massive rise in organic food sales and also the popularity of farmers’ markets. Cider marketers realise the drink can be modern while still having heritage and links to the countryside. Magners, for example, has played heavily in its advertising on imagery of cider orchards and apple blossom.

So cider appears to have been lucky enough to be the right product, in the right place, at the right time – and observers feel it should continue to see significant sales growth, although the rate may slacken off.

One niggling question remains, though: if Withnail was drinking cider with ice in 1969, why did it take the cider industry so long to catch on?