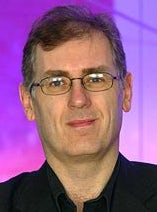 The sale of the stations – which include BRMB Birmingham, Mercia FM in Coventry- was a condition the Office of Trading insisted upon when preliminary clearing Global Radio’s acquisition of GCap Media last year with the sale bringing a formal conclusion to the merger.

One of the eight, Heart 106 in the East Midlands, will continue broadcasting under the same name, operating under a brand licence from Global.

In addition, LDC has appointed Global Radio to represent the stations to national advertisers and their agencies.

Ashley Tabor, Global group chief executive, says: “We are delighted to have concluded this deal with LDC & Phil Riley, who will be great owners of these fantastic stations.”

Future, the special interest media group, has seen a drop in its pre-tax profit in the six months to March 31, despite posting a profit rise in the UK. The publisher of titles such as Total Film, T3 and Fast Car, reported a pre-tax profit of £1.2m during the six-month period, compared to the £4.1m […]

The Chartered Institute of Marketing (CIM) is addressing the criticism in a recent Cranfield Business School study that marketers are “unaccountable, untouchable, slippery and expensive” in its latest White Paper. The CIM is unveiling a paper tomorrow (May 20) called “Marketing’s decline: a wild exaggeration?” designed to help marketers strengthen their influence and value within […]

Do all idols have feet of clay? Its tempting to think so after listening to the comprehensive humiliation of Parliament last week, accompanied by its footnote, a further (no doubt justified) trashing of City reputations, courtesy of the scathing Commons treasury committee report.