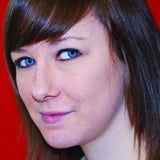 It was far from festive good cheer when BlackBerry maker RIM posted its results for the last quarter.

As rain and snow battered the UK, RIM dealt its investors blow after blow: profit and revenue slumped 70% and 6% respectively in the three months to 26 November, sales estimates for the Christmas period are now down around 3 million year on year and the BlackBerry PlayBook – its hero tablet product – shifted just 150,000 units in the last quarter (Apple sold 11.1 million iPads in its last quarter).

But the most galling news of all was that RIM has been forced to delay the launch of its make-or-break smartphone range BB10, due to the unavailability of chips needed to power the devices.

The range, which was meant to be available from March, now looks as though it won’t see the light of day until the end of 2012.

Just as Nokia’s future depended on the launch of a mega Windows Phone product this year, rather than continuing to rely on its own software, RIM desperately needs a range of compelling devices that can keep it fighting for share.

In such a fast-moving market, BlackBerry has quickly turned from being the aspirational phone brand of the teenage and corporate markets, to being a staid relative to its flashier Android and iOS cousins.

The BlackBerry brand desperately needs to regain its mojo before it goes out of fashion altogether. And it hasn’t got the time to spare.

The PlayBook launched far too late, by which time consumers only knew of the tablet market as the iPad market. Unsurprisingly, sales of the RIM device have been lacklustre, leading to some heavy discounting and the company picking up $365m in charges for unsold stock.

A lesson learned? Apparently not, despite the fact that launching too late is a mistake RIM literally cannot afford to make again.

Co-chief executive Jim Balsillie admitted that RIM’s shareholders may feel it has “fallen short” of expectations and, along with fellow RIM chief Mike Lazardis, has agreed to cut their salaries to just $1 next year as they look to turnaround the floundering company.

But, with a whole year to wait until the hero range of BB10 smartphones is launched, even that gesture may not be enough to keep RIM in the black.

As well as cutting the 0s off their pay cheques, the RIM leadership team needs to take decisive action while it works behind the scenes to tinker with the tech and shout at its suppliers.

In the months that the market eagerly awaits the new BlackBerry range, branding will become more important than ever.

Without a beautiful new line to focus on, BlackBerry needs to communicate to consumers why the brand is still something they should look forward to upgrading to when they reach the end of their contract.

Rather than trying to follow the market, as it arguably did with the PlayBook (“videos look nice on our tablet too”, or something to that effect), now is the time for BlackBerry to inform the masses who may have never even picked up its phones what makes its devices stand out.

Instead of focusing on aspects of specific phones, BlackBerry could use this delay to communicate its history, its ethos and what the brand as a whole stands for.

BlackBerry Messenger could be one obvious area of focus; the original market-leading mobile instant messaging program that became an “accidental youth phenomenon” and left its rivals scrambling to develop identikit services.

RIM needs to resuscitate its brand reputation and switch those executive salaries into marketing dollars; for too long it has been without its own heavyweight marketing strategy to ape its rivals’ success.

2011 has been a year of many dramatic twists and turns in the digital and mobile space – cheery as well as dreary – here’s hoping for an equally exciting 2012. This will be the last digital newsletter until the year turns, but I’ll be back musing on the latest technological epiphany on 6 January. Merry Christmas and all that. 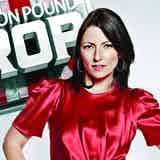 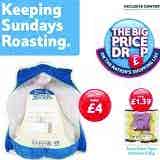