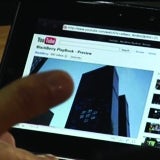 The defective units would have caused users problems when setting up the devices, according to press reports citing a leaked memo sent to retailers.

The memo reads: “Approximately 900 units of the BlackBerry PlayBook have been determined to be faulty. The vendor has provided the serial numbers so we can pull these off the floor and return them immediately.”

RIM also issued a public statement claiming that approximately 1,000 units of the 16GB model were affected by the OS glitch.

The device is expected to launch in the UK this quarter although no price has been confirmed. The development and expected marketing costs of the PlayBook caused BlackBerry to issue a profit warning for the previous quarter.

BlackBerry lost its CMO Keith Pardy just weeks before the global launch of the tablet device.