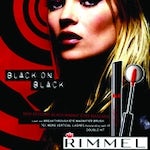 Rimmel London, which targets 16-34-year old women, doubled its investment in mobile for 2010 and is planning high-profile, mobile-based campaigns before Christmas.

According to Alex Newman, head of mobile at Rimmel London’s media agency OMD, “Mobile is now a part of every campaign.”

He said, “The aim is to create brand advocates who will influence their friends and can spread the word. Mobile is the primary channel for this. We’ve had more than 17,000 sign-ups to the Rimmel VIP club and 6,000 visitors to the mobile site.”

“Snackable video content gives women a chance to talk about the products on Rimmel pages or share through social networks, which also provides an opportunity to feed back to Rimmel,” said Newman. “Social on mobile is a great way to engage our target audience.

The current mobile campaign has had click-through rates of 4.5% on the O2 network, and 1% on Orange, according to Newman.

Funky’ new i receives positive reception, but there are worries over cover price. 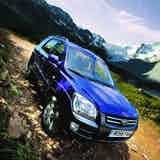 ITV has signed up Kia Motors to be the full sponsor of its FA Cup coverage.