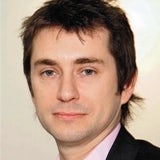 TV advertising remains one of the best marketing channels, but the industry must learn to innovate. Nick Bampton urges broadcasters and media owners to share risk and work in partnership to achieve long-term value on both sides of the fence

Hardly a week goes by without some industry commentator taking a pot shot at television advertising. We all know traditional TV advertising is under pressure from all sides, but it is still the biggest and best game in town.

However, as Thinkbox demonstrates, commercial TV via the advertising-funded model is trying harder to attract business and safeguard its future. It’s not TV that’s the problem, it’s how it’s used, managed and sold.

Unfortunately, we find ourselves in a one-size-fits-all bind. TV advertising is led by audience size and deals are based on discounts off average price. This system breeds a culture where cost is king, while we all intuitively know it should be about value. Auditing (based on an advertiser’s relative price versus the competition) is everywhere, strangling original thought and innovation like ivy (appropriately enough where many deals are supposedly struck).

At Marketing Week’s TV 2006 conference in Rome last week, Barclaycard marketer Paul Troy suggested that smaller advertisers are being frozen out of the market. His view was contested from the floor, with several participants arguing that this was simply not true: it’s about looking at alternatives as there is a wealth of opportunity out there.

So all is not lost; far from it. The tide is beginning to turn.

I detect an emerging tendency among far-sighted thinkers – on the buying and selling side of business – to push for new ways of doing business. Increasingly, I hear words like “partnership” and “collaboration” mentioned as the more creative among us strive to set the commodity approach aside and cut through the price-dominated fog.

Partnership is not just about a clever media execution where the client agrees beforehand that if a stunt pays off, then the work can be entered for an industry award scheme. A genuine partnership is one where there is shared risk with real fiscal benefit or risk for either party.

Just last week saw Motorola roll out a range of Red-branded phones to help raise money for the charitable initiative to tackle AIDS in Africa, fronted by U2’s Bono. The charity receives &£10 from the sale of each handset, plus 5% of call revenues. While the venture may be perceived to be risk-free, Motorola could suffer weak sales among consumers suffering “donor fatigue”. But the risk should be real. Earlier this year, Marketing Week reported on a new brand that had started advertising on TV (February 2). Nothing remarkable about that, you might think. But the deal was unusual – innovative even.

The brand – Ella’s Kitchen – is an organic fruit drink for children. Founder Paul Lindley (father of a girl called Ella) literally started in his kitchen and began to build a business that could bring healthy food to children in a way that appealed to them, rather than their parents.

As a micro-business, his chances of major-league distribution in the big supermarkets was small unless he could line up some serious media support. He came to us and we decided to put a shared-risk deal together. Viacom Brand Solutions (VBS) ensured that Nickelodeon would guarantee airtime for the brand and we took a deep breath and agreed to take a percentage of future sales as part of the payment mix.

This all-important pledge of airtime on the leading commercial channel for mums and children proved to be the tipping point that enabled Ella’s Kitchen to secure vital distribution into Sainsbury’s 338 stores nationwide. Three months on and sales have grown steadily. I am not pretending that Viacom has made a mint out of this, but we think our leap of faith will pay off. It’s a new product on TV, potentially a new food category and it is unique to VBS.

The main point is this is an example of a manufacturer and a media owner working in partnership to help launch a brand and achieve that all-important retail listing. If we had said “show us the money” before booking the campaign, a new product that increases consumer choice may not have achieved national lift-off. Sure, it would have launched, but at a different level.

So I urge broadcasters to look at new ways of doing business. Break out of the market share and price-led straitjacket and look beyond hitting tomorrow’s cash target to see the longer-term gains afforded by becoming a genuine business partner in ventures. In doing so, you will help bring new brands to market and attract new advertisers onto TV, expanding consumer choice and the TV market into the bargain.

I urge brand owners, large and small, to challenge your agencies and media suppliers to collaborate. Share risk if it makes sense for both sides and understand each other’s objectives more. In other words, show more consideration and less leverage. Rip up the rule book now and again.

Make insight, innovation and partnership your watchwords. Concentrate on delivering real effectiveness for clients and don’t get too hung up on ratings, percentages and (worst of all) relative price. After all, these last are the light and shade of how our industry traditionally organises itself to get the job done. They are the mechanics, not the end product.

Stand back and look at the bigger picture of brand marketing.