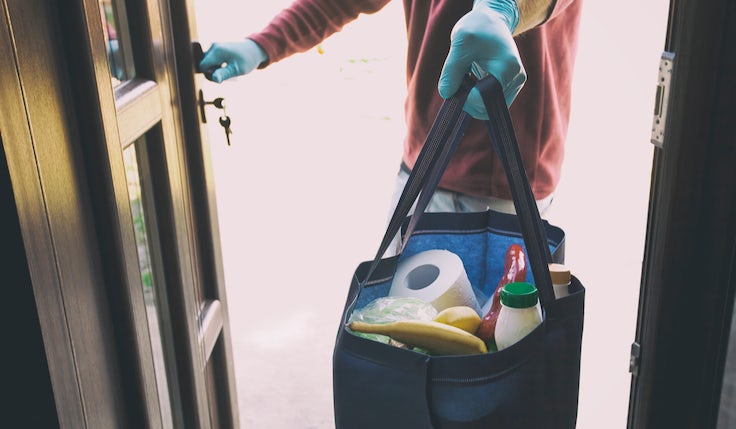 No marketer could have predicted the last year and a half, with the world’s entire population seeing disruption to their lives in more ways than one.

Consumer behaviour was forced to change and brands had to fast-track developments in ecommerce to meet demand, practically overnight.

Grocery deliveries have rocketed since the pandemic hit, for example, with people spending an additional £3.3bn on online shops over the past 12 weeks compared to the same period in 2019, according to Kantar.

But while online deliveries have risen steeply over the past year, growth now appears to be stuttering given its share of the market for the four weeks to 13 June remained flat at 13.4% and year-on-year sales are up by just 0.2%.

One subset of online shopping that is poised for further growth, however, is rapid deliveries for smaller top-up shops.

A number of fast-track delivery startups with multimillion-pound backing have already established themselves in the UK to capitalise on this nascent market, with brands such as Getir, Gorillas, Dija, Weezy and Zapp all vying for dominance.

There’s over £40bn to play for initially. If you take a healthy size of that it’s a pretty meaningful business just in the UK alone.

Fast-track services such as these deliver small quantities of groceries in as little as 10 minutes, doing so direct from their own fulfilment centres, also known as ‘dark stores’.

The IGD currently values ‘quick commerce’ as £1.4bn and predicts the market will more than double in size to £3.3bn in the UK.

Given small baskets worth up to £25 account for £41bn per year, according to Kantar, there is huge growth potential for the rapid delivery market.

Turkish startup Getir launched in the UK in January and raised more than $550m (£394m) from investors this month, with plans to use the fresh injection of cash to expand into the US by Q4 this year. Its service is also available in Amsterdam, Paris, Berlin and nationwide in Turkey.

Turancan Salur, Getir UK general manager tells Marketing Week the brand has seen business “really pick up” over the past five months and the nascent sector is “healthy” due to the number of rivals.

“Throughout the pandemic the need to get stuff online, get stuff quickly, and to have it all [delivered] conveniently significantly increased,” says Salur, who believes the brand has seen a few years’ worth of traffic within a few months.

“As life gets even more chaotic and busier [people are] starting to value the convenience these sorts of services offer,” he claims. 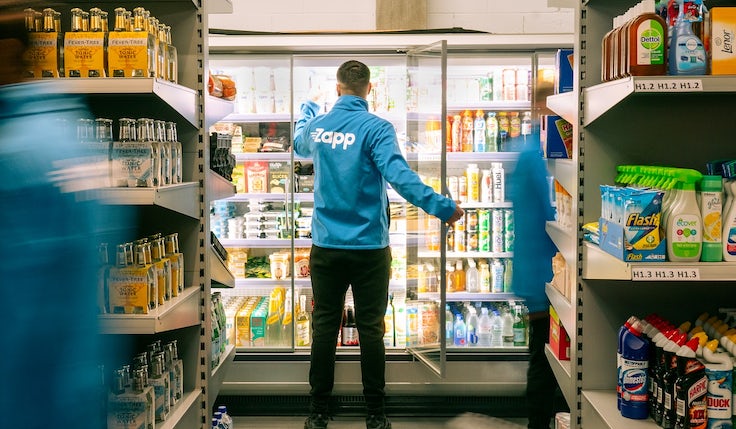 Another player looking to make its mark is Zapp, which was founded in 2020 and began operating this year. It has reportedly raised £100m in funding and has nine fulfilment centres in London.

Zapp’s vice-president of strategy Steve O’Hear says there are two ways rapid delivery brands can position themselves to succeed.

“There are those companies that are saying they can replace planned grocery shops with their 10-minute deliveries. Then there are other companies, like Zapp, that are much more of a convenience offering, fitting into people’s lives for the in-between moments when spontaneous and urgent needs strike,” he explains.

IGD’s research suggests users of rapid delivery services have an average age of 36 and tend to live in urban locations. They use speedy services like this for picking up last minute items for barbeques and parties as well as urgent essentials.

Meanwhile, Weezy, which has services up and running in London, Bristol, Brighton and Manchester, believes fast-track delivery services will become even more important as restrictions ease further and people start to return to some kind of normality.

“After Covid, people will start living an on-demand lifestyle again, with plans changing left, right and centre, and they won’t be able to commit to a specific delivery slot or eat at home a number of nights per week.”

As a result, he believes the convenience of rapid deliveries will become even more relevant to consumers.

O’Hear does not see the big supermarkets as a massive threat at this point as he claims they have been slow to offer super flexible, fast-delivery options and are currently not customer-centric enough.

“I think part of that is because it hasn’t been designed to revolve around the customer, whereas if you look at other areas of ecommerce, normally what happens when there’s successful digitisation is it becomes more convenient not less convenient, I think in grocery that hasn’t always happened.”

It’s not like post-pandemic everything’s going to go back to the way it was a year and a half or two years ago, that’s not going to be the case. The market has definitely changed.

Most of the UK’s supermarket players have tested the water selling groceries via services such as Deliveroo, Uber Eats and Amazon.

But Tesco has gone one step further, launching its own rapid delivery service Whoosh earlier this year.

The UK’s biggest supermarket started trialling Whoosh in May, promising to deliver small grocery orders within 60 minutes, before extending it to a further 11 UK Tesco stores.

But Tesco chief executive Ken Murphy admits the supermarket is still unsure how to make its fast-track delivery service profitable. It’s problem that has long plagued the delivery sector, with the likes of Deliveroo, Just Eat and Uber Eats struggling to make a profit despite attracting new customers during the pandemic.

Murphy said: “The truth is we are unsure yet about the economic proposition and we’re not entirely sure about what the customer need is. Is it 10 minutes? Is it half an hour? Is it an hour?”

‘We need to solve problems for customers’: Tesco’s CEO on the future of rapid delivery

Fraser McKevitt, Kantar’s head of retail and consumer insight, says the big supermarket brands are “all keeping their eyes on the startups” in the rapid delivery space.

“Nobody wants to be left behind on this. That’s why you’re even seeing the likes of Aldi, which doesn’t have an online presence, trialling out online delivery with a third-party in a small way because trials can be started and can be stopped,” he explains.

With the emergence of startups looking to disrupt the delivery sector and established brands investing in rapid delivery propositions, McKevitt believes it is certainly an area primed for growth.

“There’s a lot of money being bet on this becoming quite a big sector,” he says. “That’s why there’s been so much investment, not just in the UK, there are European and global companies getting involved.”

The pandemic has also opened up the sector to a wider group of consumers, who having seen how convenient online deliveries can be will likely stick with it.

“Online grocery shopping was used before mainly by affluent families but we’ve seen an awful lot of older shoppers come and take it on board for reasons of health and ease. They might have learned that it’s actually quite easy to do,” adds McKevitt.

As Covid-19 restrictions continue to ease, he expects online grocery shopping to continue to take market share from in-store visits, but says we won’t see anywhere near the rapid growth we’ve seen over the past year.

Salur agrees the market will start seeing some “normalisation”, but as the baseline for online grocery sales is “significantly higher than before the pandemic” he believes the opportunity for quick commerce is vast.

“It’s not like post-pandemic everything’s going to go back to the way it was a year and a half or two years ago, that’s not going to be the case. The market has definitely changed,” he adds.

Likewise O’Hear suggests innovation and keeping an eye on consumers’ evolving needs will be key to taking advantage of the nascent market.

“There’s over £40bn to play for initially. If you take a healthy size of that it’s a pretty meaningful business just in the UK alone. If we’re moving this proposition offline to online, built in a way that really does revolve around the customer, people may convenience shop more often,” says O’Hear.