Apple’s launch of the iPhone 5s and 5c may have grabbed the headlines last month, but there has been another, less obvious development that may have just as much impact on its fortunes. To cater for the rapidly growing number of children interacting with smartphones and tablets, the tech giant also launched its first Kids App Store.

Available on the iOS 7 operating system, this is a new section within the main App Store rather than a separate app. The children’s category divides apps into three age ranges including five and under, six to eight and nine to 11, and has sub-sections for genres such as education and play. To coincide with the launch, Apple also issued new developer guidelines aimed at tightening the safeguards around apps for young children.

These moves are not particularly surprising given the huge increase in tablet usage among children over the past year. More than eight in 10 parents who own a tablet say their children also use the device, according to the latest Futureproof study by Kantar Media, shown exclusively to Marketing Week. Meanwhile, tablet ownership is rising quickly, with 36 per cent of households in Great Britain owning at least one in August 2013, up from 16 per cent at the same point last year.

Apple’s decision to create a separate category for children is also indicative of the fact that more big-name brands are moving into this space. In August the BBC children’s entertainment brand CBeebies launched its first app across iOS, Android and Kindle Fire. Named CBeebies Playtime, it launched with four inbuilt mini-games and a dedicated ‘Grown-ups’ area in which parents can record messages for their children and find out about each game’s educational benefits.

Anna da Silva, executive producer at CBeebies Interactive, says the app is a response to the significant growth in tablet usage among the CBeebies audience. She notes, for example, that large numbers of families already access CBeebies TV content on the BBC iPlayer service via tablets.

“Over Christmas last year there was an enormous increase in tablet penetration and particularly in households with children,” she says. “So there is a sense that tablets and their native apps are where our audience of quite small children are or where their parents want them to be.”

Trust is at the heart of what we do. The app will never try to sell to children and has child-safety locks

CBeebies is one of a number of big brands, Disney and Moshi Monsters among them, that are launching or developing more apps for children. Yet despite this trend, concerns remain about the safety of mobile devices for youngsters. As part of the Futureproof study, Kantar Media conducted qualitative research in which it visited households and spoke to parents who allow their children to use such technology.

It finds the while even very young children are able to use tablets intuitively for a range of activities such as playing games or doing homework, some parents have reservations about exposing their children to the online world. One of them notes that the portability of tablets makes it difficult to monitor what they are doing while another recalls her daughter receiving Skype messages from someone the girl didn’t know.

“Devices like tablets have made technology accessible to young children and while parents are conscious that their kids need to be digitally literate, there’s also a concern around the wide-open world that these devices provide access to,” says Brian McIntosh, account manager at Kantar Media. “There’s no sense at the moment that parents are stopping their kids from using them, but it’s a managed concern where they’re looking for reassurance from the content providers.”

In addition to concerns around content, many parents are wary of the expense involved in using some apps. Earlier this year, the Office of Fair Trading (OFT) launched an investigation into whether children are being unfairly pressured or encouraged to pay for additional content in web and app-based games, such as upgraded memberships or virtual currency in the form of coins or fruit.

Last week the OFT outlined eight principles in response to the investigation, including a statement that possible in-game costs should be made clear and transparent at the download stage. The investigation was launched following complaints that children had run up huge bills without their parents’ consent by making purchases in games that lacked proper safeguards.

Apple’s updated rules include a requirement that apps aimed at children under 13 use a parental gate before allowing the user to link out of the app or engage in commerce. The new guidelines, released in August, also state that such apps must include a privacy policy and must not use behavioral advertising. 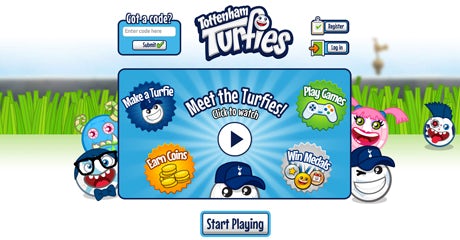 Da Silva at CBeebies confirms that safety was a big priority for the brand when developing the Playtime app. It is free to download and requires no additional in-app payments. “Trust is at the heart of everything to do with the BBC’s relationship with the public and particularly for us and our target audience,” she says. “I think that’s one of the reasons the app is performing so well. The app will never try to sell people’s children anything and we’ve developed child-safety locks to prevent children from linking out of the app.”

Similarly, Tottenham Hotspur football club was careful to incorporate a series of safety features into its online children’s game, Tottenham Turfies, which launched in August. The game is available through a web browser but was built in HTML 5 to ensure its compatibility across smartphones and tablets.

Safety features include the requirement of a parental email address upon sign-up and a function that prevents children from messaging or talking to each other within the site. Tottenham Hotspur’s head of marketing Emma Taylor also confirms that the game will not ask for micro-payments, with the club preferring instead to use it as a platform for longer-term brand building.

“This is about engaging with our next generation of fans,” she says. “Kids under the age of 10 may be a bit fickle about who they support and we hope that if they have an interest in football it will help them become passionate about the club, and that will become a lifelong passion.”

Spurs describes the game, which is aimed at children aged seven to 10, as “the world’s first fully interactive digital experience for children to be created and developed by a football club”. Children can create their own characters and use them to play games aimed at improving hand-eye co-ordination, problem-solving and creativity. Taylor notes that while 70 per cent of interactions with the game occur on desktops, the rest are on touchscreen devices.

The club also aims to link the game with real-world experiences. For example, it ran a ‘treasure hunt’ at its stadium where children could find codes displayed in different parts of the ground that enable them to unlock virtual goods such as trophies and coins. Tottenham Turfies’ virtual currency can also be converted into real-life prizes, such as places on the club’s soccer schools or merchandise.

“We want to develop the offline-online relationship,” says Taylor. “It’s not just about getting kids in front of the screen – it’s about getting active and having fun away from the screen as well.”

Adults in households with children have more tech

Technology in the home 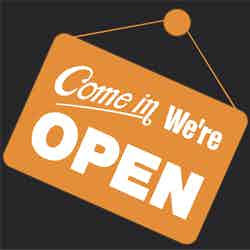 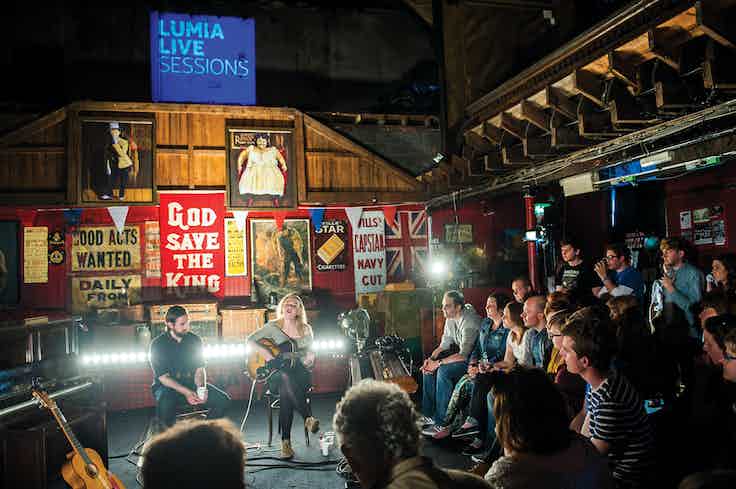 Brands are muscling in on popular culture, engaging people in music, sport and food – and the public seem very willing to embrace the new tastemakers.