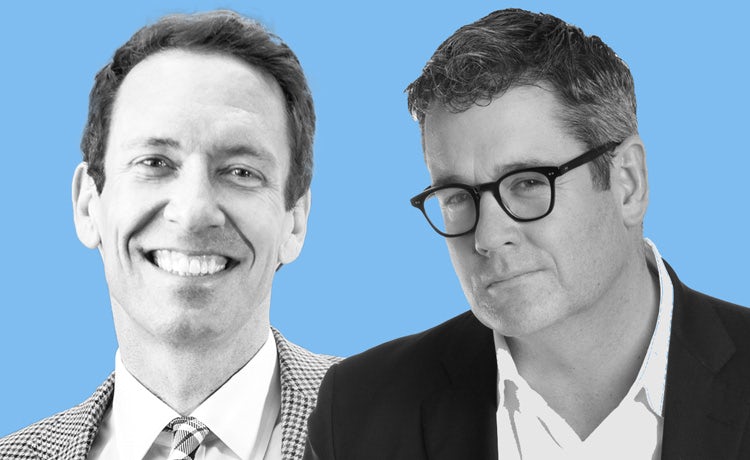 Marketing heavy weights Byron Sharp and Mark Ritson took to the stage yesterday evening (5 October) at the Festival of Marketing to go head-to-head on some of marketing’s biggest issues.

To kick off the debate, Ritson was given 10 minutes to criticise, question and playfully mock some of Sharp’s most well-known theories as presented in his hugely successful book ‘How Brands Grow’.

Admittedly, Ritson did start off his speech rather amicably. He admits he will likely be remembered as a “relatively small and fruity footnote” in the history of 21st century marketing, but believes Sharp will be recognised as one of the most influential marketing academics.

He recognised, however, that the audience did not show up to hear him make “sweet academic love” to his on-stage rival. “You came here for blood, so let me try and provide some,” he joked. And it seemingly paid off – the event finished with roughly 60% of the audience naming him the “winner” of the debate.

A ‘child-like’ focus on science

The first thing Ritson criticised was Sharp’s supposed “child-like focus on science”. He believes that marketing cannot be studied in the way that physics or geology can, and that science in the social sciences – to which marketing belongs – isn’t that simple.

[Marketing is] an important part of the real world so we can study it just like physicists, geologists and anyone else by simply getting out of our ivory towers.

“There are no general theories of brands. Brands are the opposites of a generic. Each brand is unique and each one has its own system and approach and meaning.”

Sharp retorted by defending his view on science, insisting scientists are simply people who have a sense of wonder and go into the world to take some data and see if they can find similarities.

Sharp also believes science is crucial to creativity; without having a solid understanding of how some aspects of marketing work, marketers can never experiment and truly be creative. He pointed to Australian wine makers as an example, claiming they have only recently “truly” started to understand how it is made, and are now able to experiment – and improve – as a result.

“Wine has been made for thousands of years, but you’d put the grapes in there and sometimes it’d turn out okay and sometimes it didn’t. And because they had no idea of basic chemistry, there’s no room for creativity. When you make good wine one year, what do you do next year? You do everything exactly the same because you have no idea what matters and what doesn’t. It’s only when you understand how the chemistry works that you can then make a wine that is fault free and move on to being creative,” he explained.

Ritson’s second bone of contention was around targeting. While Sharp believes targeting belongs in a “post-world model” and is predominantly a believer in sophisticated mass marketing, Ritson says targeting can be used for a myriad of reasons, such as to reach brand loyal consumers, to open doors to other segments or because brands are small and don’t have the budget to go after everyone.

“We target because we’ve already done sophisticated mass marketing. But you can do both. And that’s my point here. Not that mass marketing in a sophisticated way doesn’t have a place, but it’s not the only place. And targeting is an equally good and sometimes a better approach. And sometimes, they work best together,” he said.

As a result of Sharp not believing in targeting, Ritson claims he also doesn’t believe in positioning or differentiation. And as brands go after the mass market, they can’t position on anything.

“I’m not against sophisticated mass marketing, sometimes it works, but sometimes we should also do targeting. I’m not against salience, I think salience plus a bit of brand image is a wonderful thing. It’s not A against B, it’s A and B versus just B,” he explained.

He explained: “People on the streets would be amazed at marketers writing plans to say they don’t want to talk to 80% of their customers. Marketing is all about wanting to sell to everyone. Well, that’s what builds successful brands, but unfortunately then theory got in the way and then marketers decided to it was fashionable to be highly efficient and only target a small part of the market – that’s targeting. Sophisticated mass marketing is understanding the differences but trying to reach all of the market.”

With the main bones of contention over, it was time for the audience to ask some questions. And perhaps surprisingly, there were three points they agreed on.

Ritson and Sharp on….

Mark Ritson: Brand purpose is mostly nonsense talk. There are a couple of brands, like Ben and Jerry’s and those other brands, they were founded on purpose first. But for most of the brands in the room, the banks and telcos, these noble purposes that all sound the same – like ‘make today great’ – they are not differentiated, customers don’t give a shit, they don’t want you to make lives better they just want you to manage their money.

But Sharp and I have something in common, we both became marketing professors not because we wanted to become professors but because we like marketing. We are proud of marketing and what it does and how it works and I wish more marketers were, because it’s a great discipline. It’s not perfect but we are making the world better by giving people what they want. Byron is right on this one point. Brand purpose is the bullshit we tell ourselves because there is no honour in making good products and making our customers happy. I despise that.

Byron Sharp: They won’t stand up and say what a fantastic profession we belong to. Modern market economies are astonishing. If you really care about the world, and look at the data, almost every single important metric you can think of – childhood death, literacy, 200 years ago, about 12% of people on this planet could read and write. Some 200 years later there are 5 billion more of us and now only 12% can’t read and write. The marketing revolution is a huge part of this, free trading produced lots of this. Lots of marketers are like: Oh god, capitalism, I’m part of it, terrible!

[Brand purpose] is almost like an apology as we feel marketing is so disrespectful and evil that we have to do this other stuff. I think that’s terrible. If marketers don’t stand up for marketing, who will?

Advice to marketers that wasn’t necessary 10 years ago

Byron Sharp: Automation wasn’t really on the agenda five or 10 years ago, but it is now. But an awful lot of marketing is just the specialised parts of the process – someone has to make those brochures, someone has to get that stuff out. We’re part of the production process, well a lot of is going to get automated so you need to be upskilling.

The future is for marketers who will do more analysis and thinking and are good scientists. So I would advise people to learn how to do controlled experiments, that that’s an important skill to have, rather than knowing about how ink bleeds off the page.

Mark Ritson: Five or 10 years ago we were better at strategy than we are now. Most companies don’t have any strategy. The advice now that wasn’t necessary 10 years ago is to stop messing around with the tactical stuff, pull back, think about strategy. If you talk to agencies, especially after a few beers, about the pitches they’re getting in the UK now, they’re terrible. There’s no strategy in them, just a bunch of tactical requests. This isn’t how it always was. My advice would be – try and get strategy first before you start talking about TV, Facebook or anything.

Byron Sharp: Strategy used to be the sexy thing, not technology.

Byron Sharp’s focus on and commitment to law-like rules leaves him open to challenge, but where would marketing be without them? 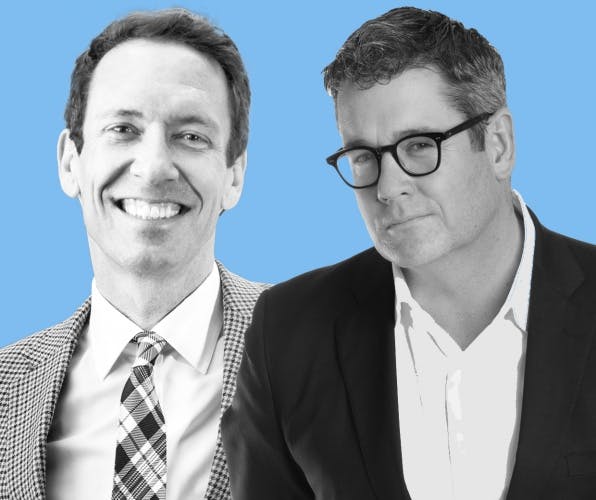 Marketing Week asked two of the leading marketing thinkers, professors Mark Ritson and Byron Sharp, who they admire most in the world of business and what is wrong with the way today’s marketers are trained.