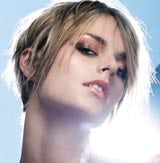 High street clothing retailer River Island has boosted its advertising spend to £2m, in an effort to increase sales and encourage consumers to reappraise the brand.

The retailer has appointed Vizeum UK to devise and implement the new strategy. It follows Vizeum’s appointment as the brand’s media planning and buying agency earlier this year.

According to a spokesman, the campaign is designed to “woo customers back” to the clothing chain, which spent just £225,000 on advertising last year.

River Island, which operates more than 200 stores, has undertaken an extensive store refurbishment programme over the past two years. The revamp has been part of an attempt to regain ground lost to foreign retailers such as Spanish chains Bershka, Mango and Zara, which have stolen a march on their British high street rivals. River Island, which was known as Concept Man and Chelsea Girl until 1992, has about 200 clothing, accessory, jewellery and footwear shops in the UK, with others in the Republic of Ireland, Poland and the Middle East.