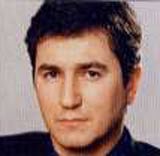 The news that Rodale International has joined forces with The National Magazine Company may have come as a surprise, but was certainly no shock. Rodale has only two titles in the UK, Men’s Health and Runner’s World, both of which have been relatively successful in their respective markets. Men’s Health now has a circulation in excess of 220,000, and Runner’s World, while significantly smaller in circulation, boasts its highest figure to date of 71,034. In advertisement revenue terms, both titles appear to have performed well, according to MMS, showing hefty improvements on the previous year.

So given all this good news, why the formation of NatMag Rodale Limited? While there is split ownership, the operation will be housed within NatMags offices in Soho, and in being so will significantly cut its overheads. Research, invoicing, presentation facilities and subscriptions can all be handled more cost efficiently due to the economies of scale NatMags can bring to the party.

While I would not exactly say these two titles and the NatMags portfolio complement each other perfectly (NatMags only has Esquire in the men’s market), there will be opportunities to take advantages of cross promotions, both in marketing of the publications and selling into agencies and their clients.

The health and fitness sector may still have room for expansion, although the recent closure of Dennis Publishing’s Shape magazine would indicate that publishers need to tread cautiously. Most titles in the sector, according to MMS, saw revenue increases, but with many magazines covering similar ground, albeit with different editorial tones, the market is still somewhat crowded.

It is, however, likely that this new venture will look to launch additional publications in this sector to consolidate its position. These are more likely to be in the less cluttered healthy living sector, particularly given Rodale’s heritage in this market.

In the US, its publishes magazines such as Organic Style and Organic Gardening, as well as Prevention magazine, a phenomenally successful health magazine with the highest circulation in its sector and 22 international editions. It also publishes books, including The South Beach Diet. The NatMags Rodale model could be used to tap into successes such as Prevention, which could be bought to the British shores, although the name might not translate well for the British readers.

It is likely that as other smaller publishers see the advantages of using the resources of more established outfits, we will see a raft of mergers and joint ventures. Reduced overheads will then open the doors for additional launches that otherwise may not have hit these shores.

However, with the increasing dominance in the magazine market of supermarkets and the limited space being devoted to the most successful magazines, there are likely to be as many new casualties as there are new launches.