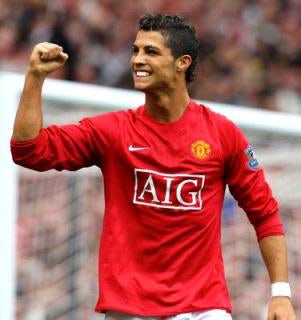 The deal, reportedly to be announced this week, is believed to be the biggest annual endorsement agreement in world football.

The Ronaldo agreement will add to the £300m kit arrangement the sportswear manufacturer already has with newly crowned Premier League champions Manchester United, who retained their title at the weekend.

The Portuguese international striker and current world footballer of the year is one of the highest profile and commercially appealing players in the world. He recently signed a deal to become a global ambassador for motor oil company Castrol, which will see the player fronting campaigns for the Castrol Edge and Castrol Power 1 brands

The Nike deal is also being seen as an indication of where Ronaldo intends to be playing his football next season. The player has long been courted by Spanish club Real Madrid, who have a kit deal with rival brand Adidas.

A consultancy aimed at helping brands tap into the spending power of the growing over-60s market is launching. The over-60s are predicted to be at the forefront of the economic recovery in the UK as they have the wealth and savings and therefore the spending power that other younger groups, saddled with debt and redundancy, […]

188BET has appointed Truly London to handle its 16m global advertising account as the online gaming company bids to become one of the UKs leading sports bookmakers.

CNBC has signed a new global commercial agreement with Qatar Airways, the national carrier of the State of Qatar, focusing on its daily business news programme Worldwide Exchange. The sponsorship and advertising deal runs until February 2010 and embraces CNBC’s networks in EMEA, Asia and the US. The new campaign builds upon Qatar Airways’ sponsorship […]