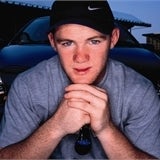 Asda marketing chiefs are set to meet Wayne Rooney this week to discuss the England footballer’s role in its World Cup promotions after his crippling injury at the weekend.

Rooney was only confirmed as spearheading the retailer’s initiatives for the tournament last week, as part of a &£3m deal.

But the broken foot he sustained last Saturday is expected to rule him out of the early stages of next month’s World Cup, if not the whole tournament.

The news is seen as a blow to Asda, and marketing director Richard Hodgson is due to thrash out Rooney’s place in forthcoming promotions this week. The Manchester United star has already appeared in a St George’s Day campaign for the grocer.

A spokeswoman for Asda states: “We’re speaking to Wayne this week to determine what else he will do with us. There is no suggestion that the contract will be cancelled.”

Other sponsors are also playing down Rooney’s potential absence. A Nike spokesman says: “We are going to look at our options. He is only one part of an enormous, integrated campaign.”

Nike developed the lightweight Total 90 football boot that Rooney was wearing. The shoe has been criticised for offering limited protection to players, but Nike denies the design is to blame for his injury.

Meanwhile, a Coca-Cola spokeswoman adds: “Wayne has already played an important part in our World Cup marketing plans this year, and will remain associated with us in the run-up to the tournament. We will not be making changes to our marketing activities.”