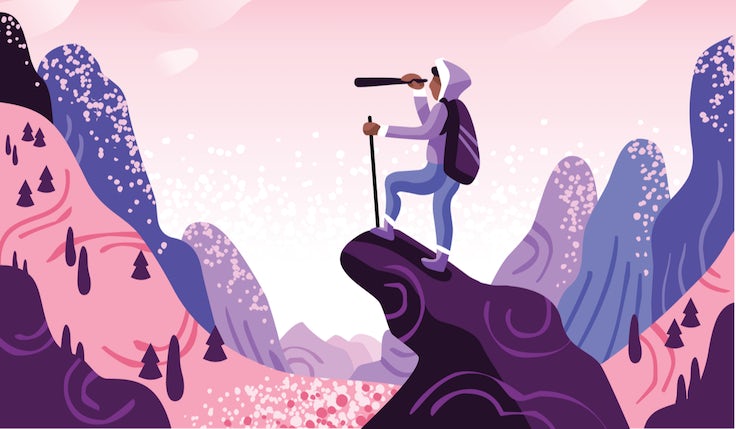 Marketers often look towards digital marketing and transformation as a tool for efficiency and cost-savings, allowing a brand to trawl for mass data, finely target consumers online, automate the customer experience and drive customer acquisition and sales with minimal waste.

However, Ogilvy UK vice-chairman Rory Sutherland believes this is an oversight. Digital should be viewed as an opportunity to explore, experiment, test and learn, he argued at the Festival of Marketing: The Year Ahead this week, especially in a post-pandemic world.

Decrying the creation of digital departments within brands, as they become “an efficiency optimisation game”, Sutherland said: “There’s a problem there, because the greater value of digital to the wider organisation may be experimentation. It may be discovering things about human behaviour and preferences.”

Sutherland referred to a phenomenon in animal foraging known as the ‘explore-exploit trade off’. In bee colonies, for example, a certain percentage of bees do not follow the ‘waggle dance’ through which the insects communicate, dedicating their lives to exploration instead of creating honey. This is important for the colony, as without exploring its wider surroundings, the hive would use all of its existing resources and perish.Rory Sutherland: Marketers should see capitalism as a ‘discovery mechanism’

“There’s always a trade off between short-term efficiency through exploiting what you already know, and long-term resilience and success through exploring what you don’t yet know or finding out what’s changed,” Sutherland explained.

In the digital world, businesses should “disproportionately” devote their resources towards exploration, he advised. “It’s cheap to do and you can fail fast and kill off failures really quickly, in a way you can’t through larger scale, analogue activities.”

In fact, one of the most important things to test in digital is whether saying things differently drives a different outcome. “That tells you a lot,” Sutherland said, adding this explorative and experimental approach to digital is now even more important in a post-pandemic world, given the enormous behavioural changes Covid-19 has brought about.

“I think it’s fair to say the ratio of explore to exploit should change quite a lot, because what we learned from the past is a less reliable guide to the future. You need to explore more and exploit less,” he said. This is particularly the case for brands in industries such as air travel, transportation or future work, which have been heavily impacted by changing consumer habits over the past 18 months.

However, at present, businesses are falling into the trap of “obsessing” over efficiency with their digital transformation efforts, Sutherland warned.

“The danger of digitalisation is it gets hijacked by the efficiency Nazis. It’s all about time saving and not about customer experience,” he complained.

This obsession leads businesses to try and solve a customer need with a single correct answer, which sits as an average in the middle of two extremes.

“We’re so beguiled by this doctrine of efficiency and cost-savings that we’re in danger of forgetting that people actually want both,” Sutherland said. “Quite often the right solution isn’t an average or isn’t an optimal, it’s a mixture of two quite different things.”

As an example, Sutherland pointed to the development of the open plan office, which he said was devised in an attempt to “solve for the average”. “And actually, it’s neither fish nor fowl,” he explained. “It’s neither sociable, nor is it solitude. You can’t get on with any work which requires intense concentration, but you can’t have a really good chat either.”

The greater value of digital to the wider organisation may be experimentation. It may be discovering things about human behaviour and preferences.

Instead, brands should try to solve for both needs. In Japan, retailers often have vending machines outside their shops selling the exact same products, to cater both for those customers who want no human interaction and for those that do.

Similarly, Sutherland suggested that when brands increase their customer self-service capabilities, they should correspondingly invest in better customer support and call centre staff. Though it sounds counterintuitive, customers are now going to be undergoing a more complex experience, which requires better support.

“I think that’s the right answer,” Sutherland said. “In any organisation, [there should be] a mixture of automation streamlining where consumers want it, and the complete opposite, which is high touch attention, where nothing else will do.”

Having said this, Sutherland acknowledges that short- to medium-term exploration may be difficult to justify to brands’ financial department, as it looks like a cost, and it looks “inefficient”. However, failing to do so means missing out on opportunities for growth.

“This is obviously biased, [but] I think financial and procurement entities are a bit dodgy. They can always claim the credit for a reduction in cost, but they never get blamed for a missed opportunity. Does that seem fair?” Sutherland asked.

“You can always get bonus points for reducing the cost of something or making it more efficient, but the hidden costs of that economy don’t necessarily come back to bite you.”

Drawing on the Kano Model, a theory for product development and customer satisfaction developed in the 1980s by Professor Noriaki Kano, Sutherland claimed emotional responses to brands are often generated by the things they do that are “a little bit gratuitous or unnecessary”.

Tesla, for example, has developed a ‘dog mode’ for its cars, a climate control feature which leaves the car’s air conditioning or heater on when owners leave their pets inside. To reassure passers-by that the pet is safe, a proximity-triggered message appears on an inside screen explaining the system.

Efficiency without trust is meaningless. You can provide something as efficiently as you like, but if people don’t trust you to do so, you’re not even at the table stakes.

Sutherland said this feature made him want a Tesla, “even though I don’t have a bloody dog”.

“The gratuitous attention to detail is often what actually proves decisive and emotional, because people think of brands as a whole. The whole of human relations are recursive in that way,” he said.

However, Sutherland added that these “cute” details are the “first thing” a finance director will try to cut in pursuit of cost-savings.

Meanwhile, another “danger” area for brands is marketers’ obsession with the metrics digital marketing and digital transformation can provide, Sutherland argued. “The very fact that it’s measurable has made people obsess about what you can measure, on the assumption that what you can measure must be important.”

This has lead to “far too much” focus on “targeting optimisation”, he said, and not enough on “creative optimisation”. “If you optimise targeting, that’s helping you find your customers. But good creative can actually create them.”

So who is getting it right?

Asked which brands he believes are getting their digital transformation and marketing right, Sutherland gave the “unfashionable” answer of mainstream banks.

“Mainstream banks haven’t done it badly,” he said. “It is reasonable to say the exodus from them that you might have predicted 15 years ago hasn’t really happened.”

There may be “interesting psychological reasons” for that, he added. “People like the reassurance of physical space and real world existence.”

Plus, investing in a “massive immovable asset” such as a physical bank, whether on the high street or in the centre of London, reassures consumers that a business isn’t planning to run off with their money. This real world presence therefore builds trust in the brand, Sutherland said.

“Efficiency without trust is actually meaningless,” he added. “You can provide something as efficiently as you like, but if people don’t trust you to do so, then you’re not even at the table stakes.” 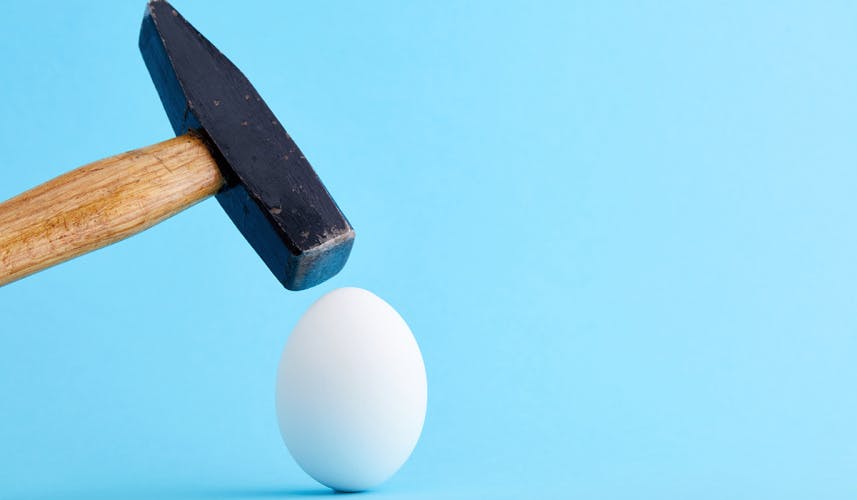 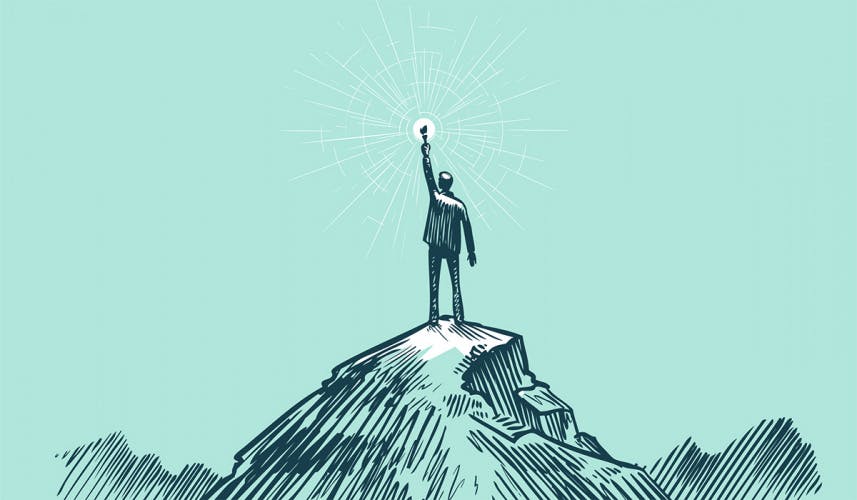 If the whole purpose of marketing is to maximise opportunities, Ogilvy vice-chairman Rory Sutherland believes marketers should resist the urge to chase efficiencies and instead plough their energy into experimentation. 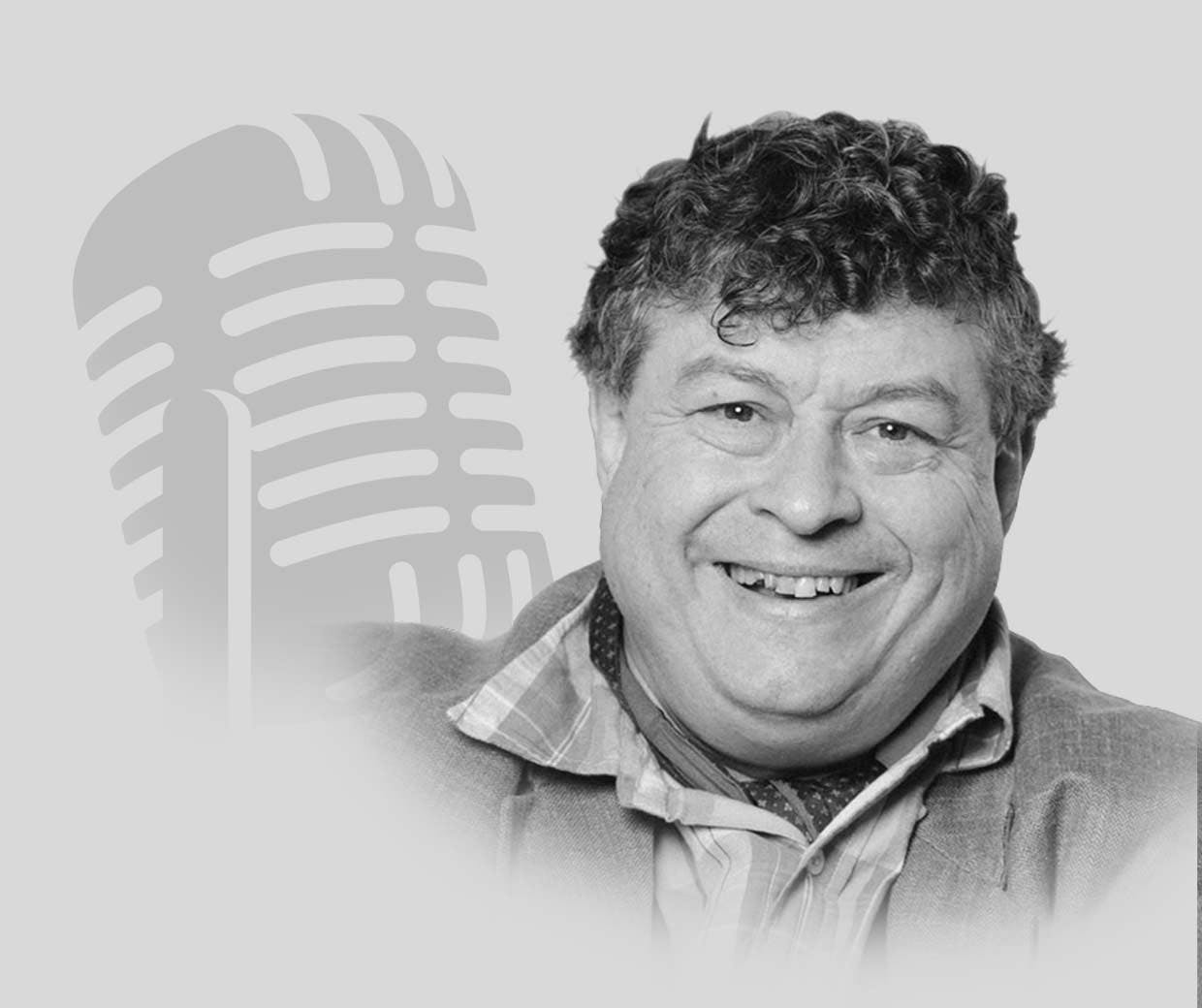 The advertising veteran and Ogilvy vice-chairman explains what needs to be done to propel marketing up the value chain, the folly of trying to apply science to marketing and the battle between effectiveness and efficiency.