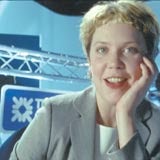 The Royal Bank of Scotland is reviewing its &£10m retail and corporate work, held by Faulds Advertising.

The agency has worked for the bank since 1990 and has been pivotal in the bank’s battle with rival Bank of Scotland.

The review is not thought to affect the NatWest account, held by M&C Saatchi.

In November last year the Royal Bank of Scotland launched a TV campaign through Faulds featuring the strapline “Make it happen”.

The Royal Bank of Scotland bought NatWest in a &£21bn hostile takeover in 2000. Although Faulds survived the merger, the media account was consolidated into MediaCom in December 2000, with NatWest incumbent Starcom Motive losing out.

Retail director Ian Henderson was appointed director of retail marketing for the group in May 2001, with responsibility for both brands. NatWest marketing director Frazer Smith left in the same month to join Capital One.

The bank was etablished in 1727, and the group now employs 105,000 staff worldwide. Other group brands include Direct Line, Coutts &amp; Co and Lombard.