The Royal British Legion has been working for some time to transform perceptions of the brand. It has high brand awareness, particularly around its annual Poppy Appeal, and as John Norton, head of retail trading at the charity puts it, is in a unique position as the “custodian of remembrance”.

However with that comes challenges. While millions of people buy a poppy every year, the majority of its most active supporters are aged 70+ and tend to be white and male.

That in turn held back perceptions of the brand. The Royal British Legion is known for its work with veterans but many still think that involves those that fought in the two world wars, not current war veterans. Yet the Legion spends £1.7m a week supporting veterans from more recent wars, such as Iraq and Afghanistan, funding everything from mental health care to physical rehabilitation.

“We had traditionally had links with older supporters, which is understandable, typically people aged 70+. That is absolutely fine but because of who we are we wanted to create relationships with those who are under 70,” Norton tells Marketing Week.

Norton was brought in four years ago in part to help with that. As head of retail trading he has been responsible for refreshing the approach of its retail division. The Royal British Legion has generated revenues from retail for some time and had set up ‘The Poppy Shop’ some two years before, but Norton admits it took a “light approach”, with a limited number of products and little in the way of marketing.

Opening up the Legion to more supporters

Norton’s first job was to find out what supporters wanted from the Legion and create products to fit those needs. That, he admits, was a big challenge because of the scale of its support base. He estimates that up to 90% of the UK population engages with the Legion during the Poppy Appeal and so it had to design and sell products that could appeal to young and old, male and female, those who have served in the armed forces and those who have not.

The second job was to make people aware of the range the Legion offered. “All we had done previously was light-touch marketing; no press, no emails, no A/B testing. We produced a catalogue that went to our membershp and that was essentially it for marketing.”

It feels as if the Legion has many supporters who want to overtly show their support through the use of product.

Finally Norton looked to improve how and where people could buy. Some 90% of its orders came via online and 50% from mobile but its ecommerce offering needed updating. Plus Norton made products available offline – through its high street drop-in centres and then at pop-ups in shopping centres including Westfield in Stratford, London and Bluewater, Kent.

The key aim was to make people realise that while people can show their support by buying a poppy for the annual Poppy Appeal, there are other products available throughout the year.

The measure of success

Retail revenues are up 140% over the four years Norton has been at the Legion and his team has grown; there were four people when he started and he expects there to be up to 14 by the end of this year. And they work across a broad range from buyers and merchandisers to ecommerce managers, marketers, retail analysts, and retail operations and logistics people.

“It feels as if the Legion has many supporters who want to overtly show their support through the use of product. We’re finding people have always wanted to support the Legion and always bought a paper poppy but they had stopped there,” he explains.

“We do a fantastic job as the custodian of the nation’s remembrance but that is a point in the year. We absolutely hold that in high regard but what we’re finding from supporters is that they also want to show their support in May or June or August. We are trying to fulfill that need among a broader demographic.”

The Legion now offers a huge range of products, from lapel pins and cufflinks to cycling shirts or dog collars with the poppy on. However, Norton says the charity remains very aware that it must not “commercialise remembrance” and that there have been products where it could make a lot of money selling them but it has chosen not to.

One product that has been a huge success is lapel pin it created to commemorate the men who died during the Somme. The brass pin was created from British shell fuses fired during the battle while the centre is coloured red by paint mixed with soil from the fields where British soldiers fought. Each pin also came with a certificate that gave details on the man who died including their name, rank, service number and where they were buried.

Initially the Legion produced 20,000 of the pins that it thought would sell in six or seven months. It sold out in six weeks. It then commissioned a further 80,000, of which 70,000 have been sold.

For Norton, the pin showcases the “essence of what the Legion is about”. “Our strapline is ‘to the memory of the fallen and the future living’. We created something that was 100 years old and was essentially a piece of history. We have had people coming back to us saying that their great grandfather died in the battle and this is their link to them. But equally we’ve had peope who have bought a pin and then gone out to investigate the life of the man behind it and travelled to visit the war memorial or their grave.

“This product encapsulates the Legion. It echoes with remembrance but importantly gives a sense that life goes on. It is the perfect culmination of product and brand.”

Shifting perceptions of the charity

As well as raising revenue to help in the Legion’s work, the retail side of the business has also given the charity the opportunity to speak with supporters more regularly via email to communicate with them not only products on sale but some of the wider work the Legion does.

“The perception is the Legion is about dead soldiers and war memorials. We can help them find out there more to the Legion that they thought. This for me is the great opportunity,” he explains.

“What you’ll also see is we have more varied people buying our product. They are younger, more ethnically diverse. And we are getting more information about who these people are. It is nice to see the income grow because we are clearly meeting a demand.  And now the product is available we can have a relationship and engagement with supporters beyond remembrance.

“The vision is to create more varied products to take us into more places so more people can find out a bit more about what we do.”

You need to talk to supporters, existing and new. Only then can you step forward with your ecommerce strategy and your marketing strategy. Research first then look at implementation.

Norton says there are a number of ideas for new products including a range of camping equipment where the charity could link up with say Victorinox to create a Legion-branded pen knife. Food is also an area of interest.

There is also work still to do on the proposition. As consumers become more demanding, Norton says it is incumbent on the charity to ensure that products arrive on time and that the full experience offered is the best possible quality. He is also looking into new technology such as virtual reality, augmented reality and shoppable content.

“We are still trying to work out what the holy grail of omnichannel is and how we can provide that. We are looking to be at least alongside that if not slightly ahead of it. This charity will be 100 years old in 2021 but for the next generation we have to have a fit-for-purpose solution. Like any other business, we want to meet expectations but if we can exceed and delight then we know we’re on the right pathway. We want more innovation, more insight, more development but always with the supporter and the beneficiary at the heart,” he explains.

And for other charities looking to emulate the Legion’s success, Norton has two key learnings – not to be afraid and not to underestimate supporters.

“When I first joined the idea was our supporters would never spend more than £50. Last year we sold rose gold, black diamond cufflinks for £750. But equally we sell £1.99 label pins. You need to talk to supporters, existing and new. And do it properly, not talk to five people and think the job is done. We’re not perfect but we are looking at how we can increase the time, frequency and depth of how we talk to supporters.

“Only then can you step forward with your ecommerce strategy and your marketing strategy. Research first then look at implementation.” 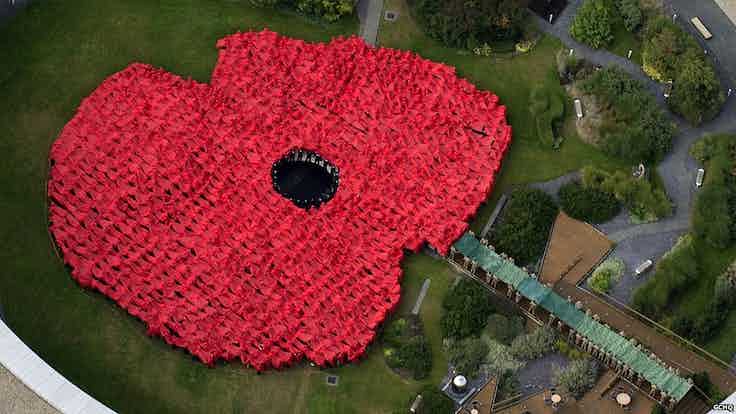 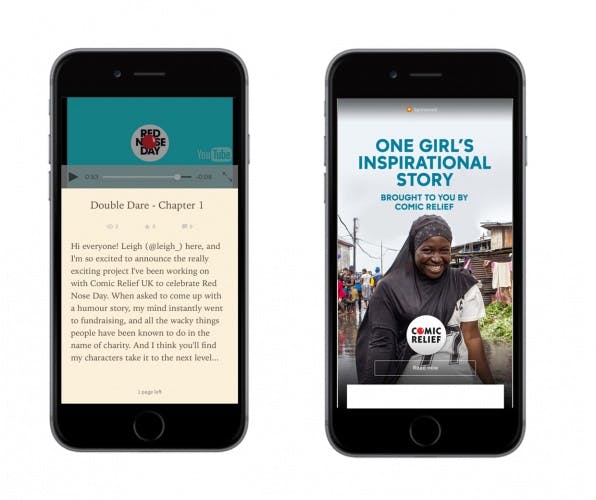 The charity is partnering with online book community Wattpad and increasing its focus on social platforms such as YouTube and Snapchat, as it looks to find new ways to reach young people and get them interested in its work.