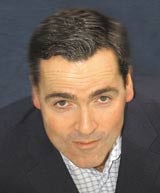 He takes up the position in March and will be responsible for brand and strategy development and increasing the use of marketing tools such as online distribution and customer relationship management.

Royal Caribbean recently appointed Jo Rzymowska to the new position of sales and marketing director for the UK and Ireland (MW January 6), and she reports to new UK managing director Robin Shaw.