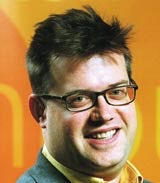 Royal Mail has poached Orange vice-president of global brand Alex Batchelor as its new marketing director. The appointment ends a six-month hunt for a marketing chief.

The search was prompted by a departmental shake-up in September, which resulted in marketing chief Paul Rich being moved from the marketing director’s role to another senior position within the company (MW September 16, 2004). At the time, Royal Mail said it was seeking to appoint someone with greater commercial marketing experience.

In his new role, Batchelor will report to chief executive Adam Crozier, who says of the appointment: “Royal Mail is a trusted brand, but now has to move with the rapidly changing environment in which we operate. At Orange, Alex has shown how much a brand can deliver in a hugely competitive and innovative industry.”

Batchelor joined Orange in 2001. He moved from Orange brand consultancy Interbrand, where he was joint managing director (MW November 22, 2001). He is a former Unilever graduate trainee, who worked at Saatchi &amp; Saatchi as a planner for two years before spending five years at Interbrand.

Royal Mail is gearing up to market itself in a competitive environment once it loses its monopoly of the postal industry next year. The ailing company has struggled to meet delivery targets set by Ofcom and has suffered huge losses.

The Incorporated Society of British Advertisers (ISBA) says proposed restrictions on advertising alcohol on television will stop drinks companies from running campaigns promoting sensible drinking. ISBA has joined the drinks industry trade body the Portman Group in calling for changes to new draft rules which the Broadcast Committee for Advertising Practice (BCAP) was asked to […]

Paul Barber, former director of marketing at the Football Association, has joined Tottenham Hotspur FC as an executive director with responsibility for the club’s commercial operations. Barber joins from Ogilvy &amp; Mather.

BAA’s in-house media division is set to meet 20 leading brands to discuss advertising opportunities across the company’s portfolio. Media@BAA says it aims to demonstrate that it can produce tailored packages that are “more than simple two-dimensional boxes” for clients. Media@BAA brings together all the advertising and sponsorship opportunities available through BAA’s six industry partners: […]