The channel’s biggest stakeholder, Royal Mail, is seeking to accelerate that reappraisal by launching a major new campaign to trumpet what some might consider the domain of television and social, brand building, as well as the medium’s hard earned right to boast about its return on investment credentials and its role in integrated activity.

The campaign is two-pronged. The first, rolling out over the next two weeks, is a Publicis Chemistry-created business to business campaign featuring media and creative agency luminaries such as Saatchi & Saatchi Fallon Group CEO Robert Senior and MediaCom CEO Karen Blackett OBE and one marketer in David Robinson, sales and marketing director of The Sun.

All eulogise about mail in a manner that plays to their persona or the personality of their brand. Senior says of the channel: “Charming, persuasive, motivating. And for once I am not talking about myself”, while Robinson adds: “If there’s a better way to talk to people, I’ll eat my hamster”.

The second of the two-pronged offensive is the release of an extensive piece of research, The Private Life of Mail (see some of the key findings below), a research project 18 months in fruition that, according to the mail provider, attempts to quantify and qualify mail’s position with “insight into the role of mail in people’s homes, hearts and heads, plus the impact this has on advertisers’ ROI”.

Both aspects are squarely aimed at decision makers at brands and agencies, both creative and media. Outdoor ads will be placed near major agency hubs, for example, while a mail pack will be sent to 3,000 executives directly.

The aim is clear, to use the endorsement of the great and good in the industry in harness with the research to convince young planners and marketers, many of whom will be digital natives, to reappraise addressed mail in particular – unaddressed already boasts use by 90% of the UK’s top advertisers and is largely planned by the brands themselves – as a viable and profitable addition or re-addition to their brand or client’s mix.

It is a good time to make the case. According to AA/Warc data, direct mail spend is forecast to return to growth in 2015 after three years of decline. The 0.5% uplift still leaves it behind the expected growth in total advertising spend, but it does demonstrate a willingness to invest by brands.

Elsewhere, Next said last year it was returning to direct marketing after seven years, albeit in a more targeted manner, after seeing sales gains from tests in recent months.

Similarly, The Economist recently told Marketing Week it will increase investment in direct marketing after generating strong ROI from it.

Royal Mail itself reported in November that marketing mail revenue, which accounts for around a quarter of letters revenue, jumped 5% to £571m in the six months to 28 September.

The push is being led by Royal Mail’s MarketReach unit, which operates as a creative, media planning and data insight service. It is run by Jonathan Harman, who joined from Nectar-owner Aimia in 2012 with a brief to boost media income and, in turn, offset losses in its letters division from declining mail volumes.

Harman says the campaign’s aim is to maintain recent gains and even increase the momentum, but that it is absolutely not a land grab.

“We’re not saying ‘Don’t use this instead of other channels”, we’re saying use it as well as digital channels. We want people to consider it as a larger part of their campaigns….success will be a better reputation for mail.”

Personalised online shopping is the future of retail and those delivering the goods need to meet consumers demands with new customer-centric initiatives if they are to stay in the postal game. 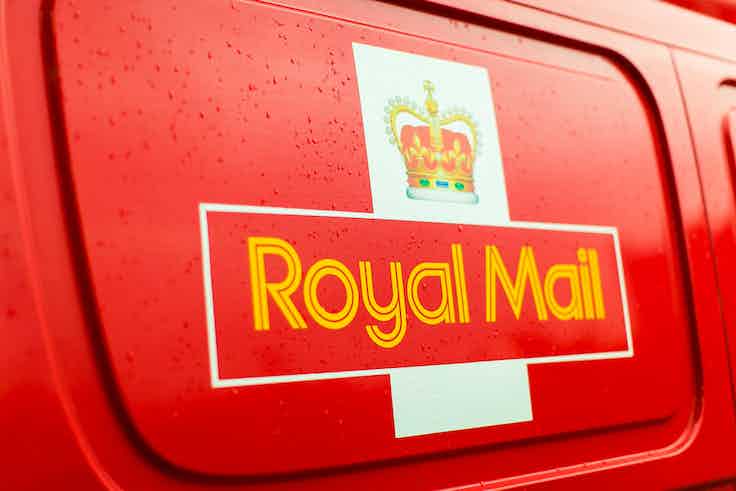 Royal Mail says direct marketing revenue increased 5% in its second half of its financial year, the latest indicator that the much-maligned channel could be making a comeback.