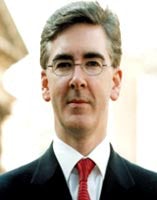 Royal Mail is on the hunt for marketers despite grim predictions of swingeing job cuts across parent company Consignia.

Consignia, which has 200,000 employees, announced that it wants to cut costs by £1bn to ensure profitability in the face of competition and increased regulatory pressure. Thousands of jobs could be cut as a result.

But Royal Mail brand and communications director Paul Troy says that despite the cost-cutting exercise, the number of marketers, of which there are about 300 across the Consignia group, is set to increase. Royal Mail employs the majority of Consignia’s marketers.

Troy says his team is inundated with work and adds: “I can see myself recruiting soon. We need to have even more [marketers] in the company. Yes we have to reduce our costs, but we also have to be more aggressive in our marketing.”

Royal Mail is to pump more than £10m into a marketing campaign this Christmas. A TV ad starring Elton John and featuring his latest single “I want love” will focus on the star’s well-documented love of shopping. The aim is to highlight the role that Royal Mail plays in home shopping. Troy also says that the campaign will be supported by a Christmas consumer promotion, which he claims will be the biggest in Royal Mail’s history.