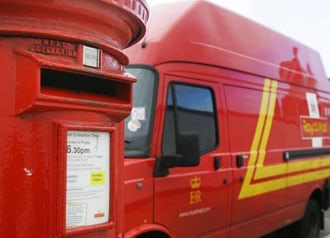 The news comes as the postal service prepares to hire 30,000 temporary staff to combat the strikes, the first of which are scheduled to go-ahead on Thursday and Friday this week.

The Royal Mail says the hiring blitz, twice the number it would usually take on at this time of year to cope with seasonal increases, is aimed at avoiding a backlog of mail and ensuring services continue to operate.

It denies the move is aimed at breaking the strike but it is likely to anger the Communication Workers Union (CWU) and complicate today’s discussions.

The planned strikes have undermined Royal Mail’s business with many companies looking at moving business away from the firm.

A growing number of large retailers are deserting Royal Mail or implementing contingency plans with other delivery services as a result of the strike action. They include John Lewis, Amazon, eBay and Argos.

Rival TNT Post is also reportedly lobbying ministers to allow it offer a complete postal service by clearing the way for it to deliver post door-to-door.

At present, it and other rivals rely on the Royal Mail for the “final mile” of its postal network.

The first day of the strike on 22 October will primarily involve mail centre staff and drivers, while the following day will involve delivery and collection staff.