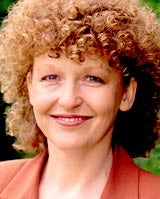 The Royal Society for the Protection of Birds (RSPB) is seeking to replace marketing director Frances Hurst who is quitting in June to go travelling.

Hurst has been with the charity for the past ten years, overseeing the society’s &£7m marketing budget.

Hurst moved into the voluntary sector after five years in the marketing department at UDV Guinness.

She began a review of the RSPB marketing department so that it could pursue a more customer-focused marketing strategy. The incoming director will complete the review.

Since Hurst became marketing director, the society’s membership has increased from 820,000 to more than 1 million. Members account for 80 per cent of funds for the charity.

The RSPB was consulted last year over complaints against the ad for energy drink Red Devil in which footballer Vinnie Jones encouraged a robin to smash into a window. The society cleared the ad at the time, saying it was unlikely any birds would be hurt as a result of the ad.