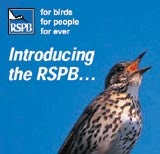 The Royal Society for the Protection of Birds (RSPB) is looking to move away from its image as a “safe” charity and reposition itself as a more “campaigning” organisation.

It is expected to hold a pitch later this year to find an integrated agency to handle the repositioning. A source says the charity will use its “Save the Albatross” campaign, which it launched last year, as evidence of its more proactive stance.

The RSPB teamed up with conservation alliance BirdLife International to launch the albatross campaign with a direct marketing drive in October. It says that about 100,000 albatrosses die each year as a result of bad fishing practices.

The society is using direct marketing to raise funds to enable it to place trained professionals on longline fishing vessels to show crews simple techniques to prevent seabird deaths. The DM packs direct RSPB members to a new website and names collected on the website will be used for future campaigns.

The RSPB appointed Clark McKay &amp; Walpole to handle its direct marketing on a project basis in 2002 (MW May 23, 2002). The RSPB, which is Europe’s largest wildlife conservation charity, used Lion on a full-service basis for two years before calling a review in March 2002 and previously retained WWAV Rapp Collins for 11 years.