The agreement with some of the country’s biggest outdoor media owners such as Clear Channel and Primesight guarantees sponsors exclusive access to advertising space within 500 meters of the stadiums.

Non-sponsors deemed not to be a commercial threat to the event’s partners will be offered last refusal on any unsold inventory close to stadiums including Twickenham and Manchester City’s Etihad stadiums. It means brands such as Visit England for example can acquire inventory in the specified areas before and during the tournament.

The technique is lifted from the London 2012 commercial playbook as a result of many of the RWC’s organisers having worked on the Games. It will be one of the main ambush marketing deterrents in a strategy lacking the legal protection offered to London 2012 sponsors.

RWC organisers England Rugby 2015 failed to obtain legislative backing from the government to stop businesses cashing in on England hosting the event. The proposals would have protected the perimeter around venues from ambush marketing and sales of illegal merchandise as well as the secondary ticket market, which would have afforded organisers similar legal powers to those enforced at the London 2012 Games.

Despite the lack of legal backing, the IRB assures its corporate partners are protected. Murray Barnett, the IRB’s head of commercial, broadcast and marketing, adds “nobody will be out of pocket because the organising committee has acquired that inventory themselves”, a reference to the other non-sponsor opportunities likely to emerge closer to the tournament.

Ambush marketing is a common ploy at global sporting events and the investment into curbing non-sponsors ahead of the RWC reflects the sport’s growing popularity.

Sponsorship revenue has jumped 50% since the last World Cup in New Zealand and that is set to rise further once the roster is completed. Three tier two sponsors are to be confirmed in the coming weeks, while there are three more supplier packages up for grabs.

Rugby’s popularity in the US and Asia, where the 2019 finals will be staged, has sparked a bun fight for the rights to next year’s event, according to Barnett. Brands are willing to pay a premium as a result, while the IRB has exploited the wider interest to develop packages beyond the traditional financial and automotive sectors.

“Rugby has a unique set of characteristics which you don’t get in other sports”, says Barnett.

Mixed fans, strong team ethics and respect for the referee are defining aspects of Rugby that sponsors will look to mine for fan engagement in the run up to the tournament. From DHL comparing the teamwork of rugby squads to its own logistics staff to Land Rover highlighting the sport’s embrace of technology to showcase its own engineering prowess, marketers have worked with organisers to develop specific goals and KPIs.

Additionally, each top tier sponsor has a “unique promotion”, says Barnett, built into their rights that they are being encouraged by the organisers to turn into “signature opportunities”.

The RWC’s carefully crafted commercial packages, developed in partnership with IMG, are designed to help win over casual sport fans by showcasing rugby’s depth, while also encouraging others to take up the sport.

Barnett adds: “We’ll know in advance of the tournament whether it’s been a [commercial] success. The legacy that we leave from a commercial perspective will be on whether we’ve created more rugby fans. Ultimately, those fans become your consumers in one way or another.”

The IRB is using the tournament to fuel a wider marketing drive to change how fans view it. Rather than be seen as the sport’s regulator, it wants to become known for inspiring people to take part in rugby. The shift started 18 months ago but the RWC will be the first time the organisation has been able to push the positioning on a global scale.

“We want to be an organisation that inspires people. Whether that’s inspiring people to play, watch or officiate the game, that’s how we want people to think about the IRB.

He adds: “This is particularly relevant in terms of how we engage with sponsors. We want them to be helping to inspire people. For them, it’s more about inspiring debate through content. It’s about how use the sport’s unique characteristics to be more proactive about getting people engaged in the sport.” 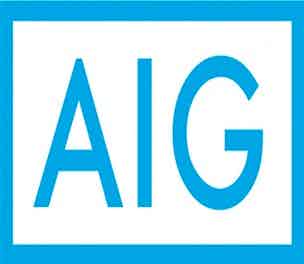 American International Group (AIG) is quickening investments in social, video and online advertising to exploit growing buzz around rugby ahead of next year’s World Cup in a bid to forge stronger ties to a public still wary of its past as one of the big causalities of the economic crisis. 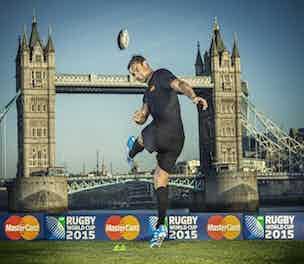 MasterCard has signed a deal to sponsor the 2015 Rugby World Cup that will see it use the sport’s growing profile to strengthen the brand in emerging markets.