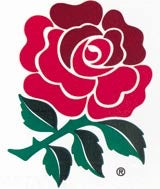 The Rugby Football Union (RFU) is to launch a soft drink brand as part of a wider plan by the rugby governing body to capitalise on licensing deals in the wake of England’s World Cup victory.

Called Swing Low Sweet Chariot, the brand will contain a mixture of grape and elderflower juice, although the drink is not expected to be promoted as a sports or health product. The RFU has already agreed deals with retailers such as Waitrose and Tesco to distribute the drink.

The organisation has plans for a raft of other licensing deals, including a forthcoming launch of its own broadband internet service. Rugby fans will be able to have an English rugby e-mail address as part of the service, which will be launched in partnership with internet service provider Business Serve.

RFU commercial director Paul Vaughan says that such deals tap into the market of hardcore rugby fans who want to be closer to the sport following the championship success in Australia last November.

Vaughan says that financial benefits of the World Cup could be worth up to 20 per cent in increased revenue for the sport, with an immediate return in merchandising and licensing deals and a longer-term boost to sponsorship and broadcast activities.