The tournament’s organisers England Rugby 2015 are hoping to capture as much data on fans as possible, from location and age, through to their favourite team and the matches they intend to watch. The information is then used to inform whether fans receive spectator guides, transport information or information related to the teams they are going to watch.

Additionally, promotions from the Rugby World Cup Trophy Tour such as user-generated posts and sponsored content from the likes of Land Rover and Mastercard will increasingly be fed served to registered users the closer it gets to the tournament start date next September.

Hundreds of thousands of fans worldwide already sit on the platform, which will expand as and when tickets are purchased. The organisation says the targeted adverts aim to help make the strategy feel more reactive to fans.

Unlike the International Ruby Board (IRB), which generates commercial revenue from broadcast, hospitality and licensing fees, England Rugby 2015’s only commercial source of income is tickets. Packing stadiums next year is key if organisers are to realise their pledge to the IRB to make an £80m profit and take the sport to new audiences.

The organisation claims it will achieve the target, generating more than 1 million ticket sales between now and next September. The need to maximse demand for tickets is why organisers have tried to use the incoming data to stich together its marketing and PR in an integrated fashion.

Joanna Manning-Cooper, director of communications and marketing at England Rugby 2015, says the campaign will develop in the coming months to showcase the more celebratory aspects of the sport that happen off-the pitch. Ads will talk about the “festival, celebratory vibe” at rugby stadiums where fans from opposing sides can sit beside one another.

“The Rugby World Cup will be the biggest sporting event next year”, adds Manning-Cooper.

“The best way to measure early interest in the tournament is if you look at how the campaign around the tickets going on sale generated a lot of noise on social media. The real test is when people have to register their interest in being part of the tournament and the fact demand for tickets has exceeded demand in all but one category a year out has meant we’re really thrilled by its early popularity.” 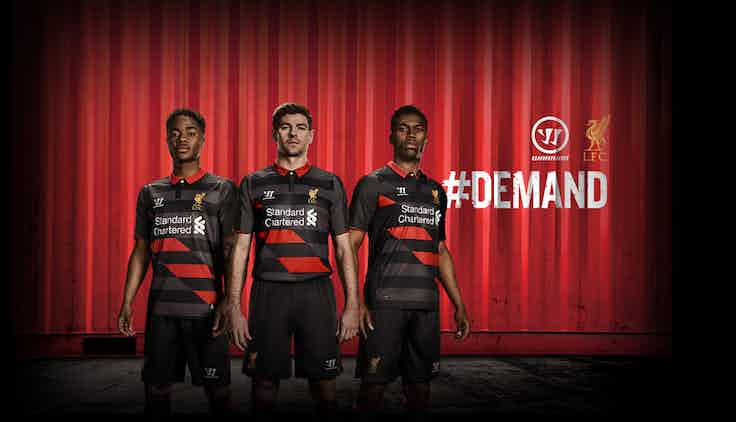 Liverpool FC’s football stock rose last season, returning to the Champions League after five years and just missing out on the title to Manchester City. Despite the recent successes and a huge global fanbase, the club has been slower to reap the commercial benefits in the same way rivals have in recent years.