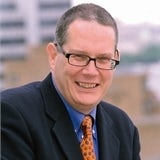 The restructure of marketing at BT that has unfolded over the past fortnight highlights the company’s attempts to create a coherent brand message for the sprawling telecoms giant’s various activities.

Creating a centralised system for communications in large businesses where profit responsibilities are spread across different business units is a complex task. It takes a special kind of marketing chief to persuade the bosses of separate fiefdoms to hand over some of their marketing budgets to pay for a group message, when it will not necessarily boost their profits.

BT group marketing and brand director Tim Evans is being shifted to a strategic planning role as part of the restructure, which sources say will loosen central control over marketing and advertising (MW June 29). They feel this could lead to a return to the confused, unco-ordinated advertising for which the company has been criticised in the past.

BT admits it is making some changes to its marketing communications department but insists the central strategy will continue to be group-wide. In the past year, the company has tried to create a single powerful voice for the brand – witnessed in its new advertising strapline “Bringing it all together” and a &£40m consumer campaign featuring actor Kris Marshall.

Sources say BT Retail chief operating officer John Petter will have greater control over marketing, though it is thought that central marketing authority will become weakened. It is understood that head of brand Suzi Williams will assume greater responsibilities as director of marketing.

Insiders claim Evans’ skills and experience are more suited to planning and insight and one source says: “The challenge of an organisation like BT is that the businesses are organised with vertical lines of profit and loss. The challenge of being responsible for marketing is how you reach horizontally across those silos.”

BT is not the only company to have wrestled with how to give marketing a strong enough power base to work across different business units. In the past British Gas owner Centrica ran a central marketing department to promote its various brands, including The AA, British Gas, Goldfish credit card and OneTel.

The department was run by global marketing director Simon Waugh, though it was scrapped in 2004 when it became clear there were few synergies between the disparate services. Goldfish, OneTel and The AA were sold off, and Waugh left the company.

One observer points to the world of retail as a sector where group marketing can be difficult to implement. While Tesco is a highly centralised company, rivals such as Asda and Sainsbury’s contain fiefdoms within their businesses.

The source says: “If you take George at Asda, or Sainsbury’s finance, they are the size of large, powerful businesses in their own right. The boss of each division will want to use his marketing budget to run his own campaigns without worrying about the performance of other parts of the business for which he is not responsible.”

Some believe that marketers have struggled to boost their power within companies and this has led some to lack strong brand messages.

“The issue is that marketers don’t create power bases,” says Paul Cousins, a director at Catalyst Marketing. “If you look back at the 1980s when marketing was at its pinnacle, there was a power base between the marketing director and the ad agency. They had big budgets and decisions were made over lunch at Langans. It is very rare to see that these days.”