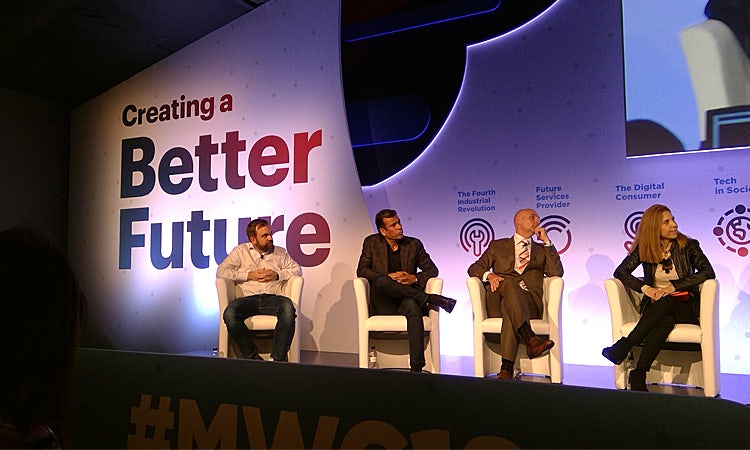 Ryanair wants to become the “Amazon of travel”, but its chief technology officer admits there are hurdles the budget airline must overcome before it gets there – starting with the marketing department.

Echoing a challenge that a number of businesses face, John Hurley says there is a disconnect between Ryanair’s technology and marketing teams, as marketers “fall in love with technology and rush for the holy grail”.

“What are we still confused by?” Hurley asks. “The marketing department. That’s the biggest challenge we have.

“Marketing want perfection, they want a beautiful product that’s shiny. Technology wants to go quickly, learn, iterate and improve and use that for feedback, as opposed to picking the perfect solutions. All that matters is the bit at the bottom, two to three days of work; get it live, react and respond and keep it going.”

Hurley was speaking at Mobile World Congress 2018, where he explained how Ryanair has used digital over the past four years to transform it from being a brand that “people hated” to one that has learned through its mistakes to put the consumer first.

This has meant being more agile, embracing data and hiring new talent to bring fresh thinking, as well as moving to a cloud-first strategy and getting customer feedback much faster in order to “close the loop”.

What that looks like in 2018 is a team of over 400 developers working at Ryanair Labs, the airline’s digital innovation hubs based in Dublin, Madrid, Spain and Wroclaw in Poland, which Hurley oversees.

Ryanair claims it now has 2.5 million visitors to its website every day, while it says its app has been downloaded 29 million times on iOS and Android devices, with 6 million active monthly users.

But Hurley admits it hasn’t been easy getting there.

Between 2000, when Ryainair’s first website launched, and 2014, when he joined the business from educational publisher Houghton Mifflin Harcourt, Hurley says very little investment went into digital, resulting in an “appalling” mobile app and website. He also described the IT department as a “warzone”.

One positive outcome from being so late to the digital race, Hurley says, is that Ryanair “missed all the car crashes along the way and landed smack bang in the middle of the third generation of all the latest technologies”.

However, while Hurley says Ryanair is open to embracing new tech and interested in current trends such as machine learning and artificial intelligence, he feels they are “yet to live up to the hype”.

READ MORE: How marketing is working with finance to shake off the ‘us versus them’ attitude

The budget airline is celebrating hitting one billion customers with a renewed focus on improving the customer experience through voice and chatbots.