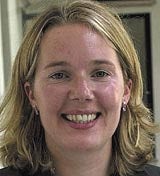 Ryanair has appointed Sinead Finn to take over the responsibilities of departing sales and marketing director Tim Jeans.

Finn, who will have the title of sales and marketing manager at the budget airline, moves from her role as head of sales for Italy. She takes up her duties at Stansted next week, when Jeans takes enforced leave before joining MyTravel’s new low-cost airline as managing director.

Ryanair creates its advertising in house, and spent &£2m on media in the year to March (AC Nielsen MMS).

Ryanair flies to 12 airports in Italy. Commercial director Michael Cawley says: “During Finn’s tenure, Italy has grown to be Ryanair’s third-largest market, with more than 4 million passengers travelling on our routes this year.”

MyTravel chief executive of global development Richard Carrick says he will appoint an interim regional advertising agency to begin work on the low-cost venture, ahead of Jeans’ arrival in September. However, Carrick says Jeans will have a remit to review all agency appointments. MyTravel has yet to reveal the lowcost carrier’s name and home airport.

Together with its fellow low-cost carriers, Ryanair has had to defend itself in recent weeks against charges of putting profits before safety. The company revealed a 44 per cent rise in pre-tax profits to 150.4m (&£97.2m) two weeks ago.

As marketing campaigns go, you won’t see much better than Lucasfilm’s milking of the Star Wars licence. But, as the Diary has discovered recently, George Lucas isn’t the only person to be cashing in on this golden egg. Compassion In World Farming (CIWF) – which uses the slogan “campaigning for farm animals”, summing up precisely […]