Speaking at a press briefing today, Ryanair CMO Kenny Jacobs told Marketing Week the budget airline is starting to move away from its budget tag and looking to turn into a ‘travel retailer.’ He said 2015 will mark the second year of its ‘Always Getting Better’ programme and see customers rise from 90 to 100 million.

“We want to become the Aldi of the air and I’m confident that’s where the brand will go,” said Jacobs, who was appointed as the airline’s first ever CMO just over a year ago.

“Look ten years ago shopping at Aldi was a shameful act but at Christmas the middle classes were raving about its prosciutto and it was attracting consumers from every social group. When we get to 100 million customers, I’m sure that will include lots of Kensington-based businessmen but that doesn’t mean we’re anything but committed to being the cheapest European airline,” he said, with Ryanair also set to lower check-in fees this year.”

Jacobs says marketing spend rose from £11m to £35m in 2014 but will decrease this year. He said the focus will shift to digital and personalisation, with the Ryanair website set to offer customers up to 100 different personalised versions.

“We have the most efficient marketing model of any airline carrier,” claimed Jacobs. “But you’re not going to see us go nuts making ads that look like Gone With The Wind in 2015, we will be spending sensibly and investing significantly in digital.

We are at 90m customers now and stabilising so ad spend won’t be as high this year but you’ll start to see the shift to digital. It will become more significant than traditional in the future and offers us lots of opportunities in building personal connections to the brand.”

Admitting that Ryanair had suffered brand damage due to its previously poor customer service and ‘single-minded focus on expansion,’ Jacobs says the airline is already starting to reverse negative connotations.

In 2015, Ryanair will change its cabin crew uniforms to a hipper new range while it will also introduce a long-discussed airline fare comparisons section to its app and website, which will see it utilising similar technology to Skyscanner.

To further strengthen relations with customers, Ryanair will also push destination content and start to feature customer destination reviews on its website while the inflight menu will be expanded to include more healthy meal choices and branding will be refreshed to move away from the current prominent on-board yellow colours.

Ryanair will also make improvements to its MyRyanAir app, with Jacobs saying that mobile was now responsible for up to half of online visits.

“The long term goal is to work with retailers to make the app a travel platform, that can offer our customers exclusive deals at local resorts or restaurants,” he added.

“This isn’t a loyalty programme and there won’t be plastic but it is about considering how best to move into the travel retail space so we’re interacting with customers way after they land.”

The improvements are the latest step in a dramatic customer u-turn for the airline, which has undergone a major reboot in the past 18 months – adding allocated seating, ‘Business Plus’ and ‘Family Extra’ products to its services in rapid succession.

This year, it expects to carry up to 100 million passengers, with its latest profit forecasts ramped up to €850m.

Last month, Easyjet’s head of marketing Ian Cairns told Marketing Week that it didn’t overfocus on Ryanair as its rival tended to imitate a lot of Eastjet’s advertising strategies. However, Ryanair CEO Michael O’Leary insists it is offering more than just cheap fares and says the introduction of Family Extra and Business Plus services in 2014 have boosted loyalty.

“We offer way more than low fares, with the biggest route network, industry leading reliability and performance, and the best customer service,” he concluded.

British Airways has knocked Visa from the number one position in the annual top 20 Business Superbrands rankings as it also extends its consumer brand dominance. 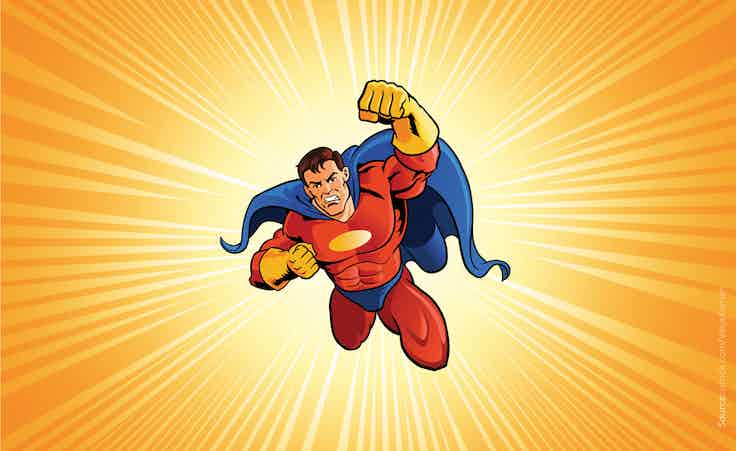