After regularly ranking bottom for customer service in surveys, Ryanair launched the Always getting Better Programme in 2013 in order to address its poor reputation.

Earlier this week, Ryanair announced the third phase of the programme after announcing that pre-tax profits for the six months to the end of September rose by 37% to €1.09bn (£870m).

Most notably, the budget airline is making its baggage policy simpler by cutting the number of payment options from 108 to six.

It will also be introducing new-look cabins with bigger windows and an extra inch of legroom, courtesy of the new Boeing 737-800s joining its fleet.

And, in what Jacobs describes as the ability to “crowd source ideas from customer feedback”, it will launch a ‘rate my flight’ function on its mobile app, where customers can leave instant feedback after landing, alongside an Amazon-style one tap payment option where customers can pay for services such as express security checks and upgrades.

According to Jacobs, Ryanair is no longer interested in getting one up on other airlines such as EasyJet but in gaining inspiration from digital giants such as Amazon.

He told Marketing Week: “When I look at who we want to be like it is more like Amazon and Ikea than other airlines. The next phase is more personalisation and getting into the space where we’re a travel retailer that just happens to specialise in flights.

“We want to take the best of the Booking.com mantra and deliver product beyond flights. You should be able to book flights, hotels, cars, holidays, taxis, restaurants, all through Ryanair. That is the flag on top of the mountain we’re heading for. If we can achieve half of that, it will be significant and we’ll be able to improve trust and get a greater share of wallet.”

Central to this vision is improvements to the Ryanair app. Despite launching just 18 months ago, it already has eight million active users, with mobile bookings now representing 30% of the total.

“It has been incredible and when we look and think of new features we now think of the app first and the desktop second,” added Jacobs, who says there is room to add more loyalty-based rewards. “We think we can hit 50% of all transactions coming through the mobile app within 18 months.”

Accepting that customers care most about price

Since launching Always Getting Better three years ago, Jacobs said Ryanair has seen customer numbers increase from 80 million to 120 million. The load factor, which has risen 10%, represents 20 extra passengers on every Ryanair flight.

However, Jacobs admits that this increase in numbers is still largely driven by price and although customers are responding well to improvements, it is the budget aspect of the airline that they care about most.

“Discount brands just win. Consumers will say they want everything else, but when it comes to voting with their bums it is the cheapest fares that win out. While we’ve made all these improvements, over the same period fares have also got cheaper– that is the single biggest attraction.”

He says in-flight changes, such as adding more food options, making flights “less yellow” and staff wearing new uniforms, has made flying with Ryanair feel like a “new experience”. The next phase of in-flight improvements will include giving customers the option of pre-ordering their food before a flight.

Advice to brands going through a transformation

Ultimately, Jacobs, who previously compared Ryanair’s turnaround to discounter Aldi, advises brands to focus on customer service ahead of marketing.

He said too many try to change brand perception without actually making changes to their core offer.

He advised: “There’s no airline brand in the world that has had the successful transformation we’ve had.

“It is about changing the actual experience and then the brand perception follows. That is quite an important distinction in my mind. Lots of brands that go through a transformation, they’ll try to say ‘let’s really change the brand perception’ and hope the reality catches up; that’s the wrong way to do it.“ 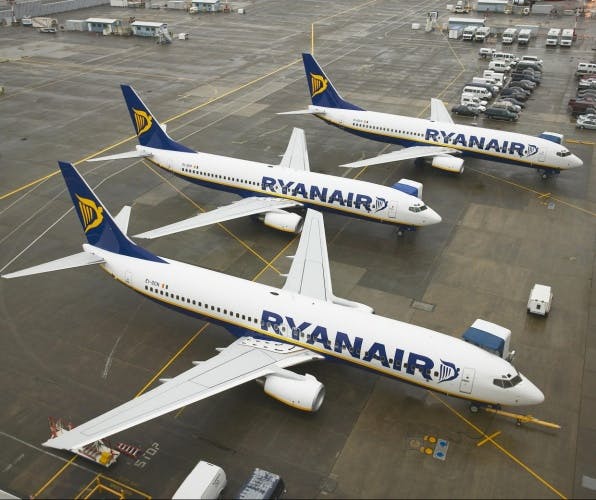 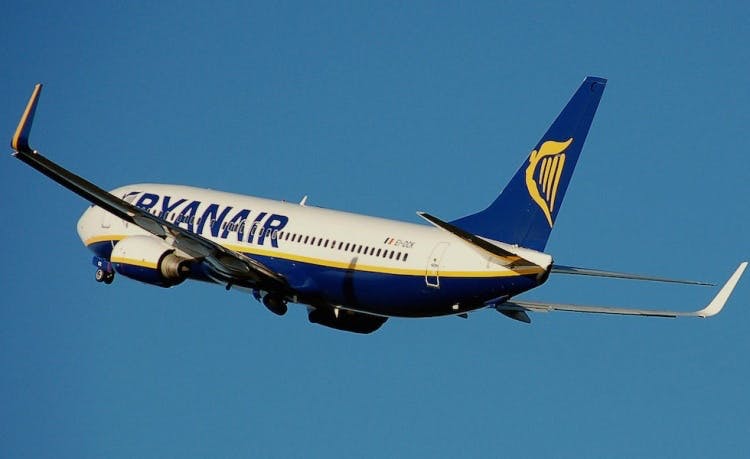 Ryanair is benefiting having moved away from price-focused messaging in order to more regularly communicate its in-flight improvements to aspirational customers, according to Ryanair’s CMO Kenny Jacobs.