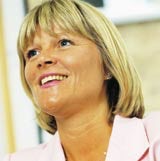 Virgin Radio, the Scottish Media Group-owned station, is understood to have appointed Saatchi &amp; Saatchi marketing director Kathleen Saxton as its director of strategy. She is expected to join the station in early November in a newly created role,

Her appointment signals that new chief executive Fru Hazlitt, who joined earlier this month, plans to change the existing management structure at the radio station.

A Virgin Radio spokesman declined to confirm the appointment. He says: “Virgin Radio is always looking to strengthen its business by recruiting talented individuals, but no position has been confirmed at this time.”

There have been a number of changes at Virgin in recent months. Last month, Virgin station manager Steve Taylor was appointed creative commercial director at rival radio group EMAP. It is not clear if Saxton will take over some of his responsibilities. Taylor, who had been with Virgin for over a decade, was appointed station manager in 2003, but also held a variety of commercial roles there.

In May, sales director Lee Roberts, who was part of the station’s launch team, left without a job to go to just weeks after it was announced that Hazlitt was taking the top job (MW May 12). GCap head of agency sales Nick Hewat has replaced him.