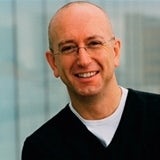 Saatchi &amp; Saatchi Interactive has been appointed by iconic boot brand Dr Martens to lead the development of a new project.

As part of a broader remit to relaunch the brand, Saatchi &amp; Saatchi Interactive will work with Dr Martens to communicate with young people in a “culturally compelling” way.

The campaign will launch later in the summer.

Saatchi &amp; Saatchi Interactive is led by Neil Hughston and overseen by group chief executive Lee Daley. Hughston says: “Dr Martens is a forward-thinking and innovative client that is looking to us to leverage the interactive space.” Dr Martens was Industry@Saatchi’s first client. The agency was appointed to help the brand increase global sales by 10% over the next three years.

Dr Martens wants to reinvent its brand. In 2004 it was considering a move into clothing and accessories, and last year it announced plans to return to the UK high street. The boot company had closed its Covent Garden store in 2003.