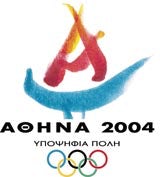 The International Olympic Committee (IOC) has appointed Saatchi &amp; Saatchi New York to handle its advertising account, estimated to be worth &£62m, following a four-way pitch.

Saatchi beat incumbent TBWA/ Chiat Day, which was appointed in 1999, as well as one other international and one UK-based agency. The IOC has a policy of reviewing its advertising every four years.

The agency’s first task will be to develop a campaign to promote the Olympic Movement, with advertising scheduled to break in early 2004 for the Olympic Games held in Athens in the summer.

The campaign will keep the tagline “Celebrate Humanity” developed by TBWA in 2000. Saatchi has been asked to create an advertising campaign that will “promote the spirit of Olympism and reinforce the core values of the Olympic Movement, such as friendship, fair play, dream and inspiration”.

The campaign will feature a series of public service announcements to be broadcast using the IOC’s existing media partners. A deal for the media rights in the UK has already agreed with the BBC. Advertising is set to run in 40 countries.