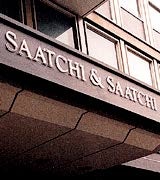 Saatchi &amp; Saatchi is understood to be closing its in-house UK media planning department, which could result in the loss of up to ten jobs at the agency.

Procter &amp; Gamble, believed to have been the only significant client left using the service, will now have to make alternative arrangements.

The household goods manufacturer used the service for those brands handled by Saatchi, which include Ariel, Pampers, Sunny Delight, Head &amp; Shoulders and Oil of Olay.

P&G associate director of UK media Bernard Balderston says: “We’re still in discussions with the agency. We have no comment to make.”

No one at Saatchi was available to comment on the closure of the unit, which is headed by Ron Mudge.

According to one industry source the UK department has been slimmed down over the past four years from a team of 30. Some members were moved into roles handling P&G’s business on a European basis. The same source says: “It was a huge contradiction to have that element working inside Saatchi when it owned 50 per cent of the media agency Zenith.”

The redundancies are among a number that have been made by advertising agencies, including McCann-Erickson, over the past few months (MW April 26).

The DBA has appealed to the OFT about clauses, written into design contracts, that restrict an agency’s future projects. Will the debate over client conflict finally be resolved?

Anticipating fragmentation of the convenience sector, the smart brands are realigning themselves as carer, adviser, teacher, friend.