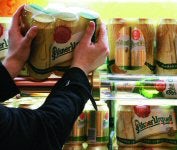 SABMiller has appointed Vinod Giri, the marketing director of SABMiller India, as international brands director for its Pilsner Urquell premium bottled beer. He will assume the role on April 2.

When he takes over the position, Giri will be handed the task of developing a global five-year plan for Pilsner Urquell and then implementing it. He will report to group marketing director Nick Fell.

Giri has been with SABMiller India since it launched five years ago, and has been instrumental in developing the brand portfolio and sales and distribution strategies. He was also a key player in the integration of various businesses acquired by SABMiller in India, including Shaw Wallace and Fosters.

Last week, SABMiller handed the sales promotion business for Pilsner Urquell to VCCP-owned agency Gasoline. It is understood it is planning to invest £2m in Pilsner Urquell over the next 18 months, with a majority of it expected to be spent below the line.

Pilsner Urquell literally means “Pilsner from the original source”, and the brand, which is over 160 years old, claims to be the original Pilsner beer. It is brewed in the Czech town of Pizen, although SABMiller has also begun brewing it in Poland.

Two years ago, SABMiller set up a UK subsidiary, Miller Brands UK, with a marketing budget of £30m. The new subsidiary has been focusing on its premium beer brands, with a £4m push behind the Italian beer, Peroni, and now the campaign for Pilsner Urquell.

Procter & Gamble (P&G) is relaunching its Pantene haircare brand. The range, which is the UK’s best-selling brand, is being redesigned. It has been given a new look, product formulations have been improved and the range has been extended…

These have been eventful months for the Time Warner/AOL/Advertising.com stable.

Irish reward scheme buy and fly! is launching a branded credit card, which will offer users extra points for using the card. The card, which is being launched with MBNA Europe Bank, will give cardholders one buy and fly! point for every 10 Euros spent along with an additional 500 points when they make their first […]