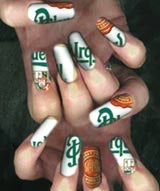 Its purchase last week of a controlling stake in South American brewer Bavaria for $7.8bn (&£4.5bn) has turned SABMiller into the second-largest brewer by volume in the world, behind InBev. It inherits a near-monopoly in Colombia, Ecuador, Peru and Panama.

Yet the London-listed company’s four main brands together account for under one per cent of the UK beer market by volume. So last week SABMiller took steps to set up Miller Brands UK to push its premium brands in the UK market. It is being headed by Gary Whitlie as managing director. Its marketing director is Jean-Pierre van Lin, who joined Miller Brewing International as managing director for UK and Ireland in 1999.

SABMiller will invest &£30m in the next two years in the new operating company, which will manage sales, marketing and distribution of the company’s four main brands, taking over from other parties as their contracts end. However, Scottish &amp; Newcastle will continue to brew Miller Genuine Draft and manage the Miller Beer brand. Miller Brands will distribute Pilsner Urquell, Castle Lager and Peroni Nastro Azzurro from October, with Miller Genuine Draft to follow in January.

An SABMiller spokesman admits the company’s share of the UK market is “minuscule” compared with its presence in the rest of the world and says the idea behind Miller Brands is to take control of the brands and grab a better share of the home market. The spokesman refuses to be drawn on what would constitute a measure of success following the changes, but says: “The infrastructure required is largely already there, so the lion’s share of the &£30m we’re spending over the coming two years will go on a marketing drive.”

Van Lin hopes his experience will be useful. He has been responsible for marketing strategies for Miller and Pilsner Urquell and the launch of Miller Genuine Draft across central and eastern Europe, Turkey and Russia.

He says: “We have commissioned a huge piece of consumer research in the UK and are doing a lot of listening to what we are being told. Our four premium brands give us a unique position in the UK market.”

Rather than stating any intent to compete against Stella Artois – the UK’s imperious number one brand beer brand – van Lin is at pains to emphasise that Miller Brands is a premium-brand builder. He says: “We sell 50 million litres a year in the UK and feel we are massively under-represented with the portfolio we have. This is a real opportunity to improve our position.”

Industry insiders claim he will have his work cut out. One says: “These brands suffer because 65 per cent of the UK volume and value beer market is bought in cans and these brands only exist in bottles. I don’t know whether they’ll switch any to cans. Scottish &amp; Newcastle tried to do so with Miller Genuine Draft about five years ago, but it failed miserably. There are precedents for success in what SABMiller is trying to do but it’s an uphill task for sure.”