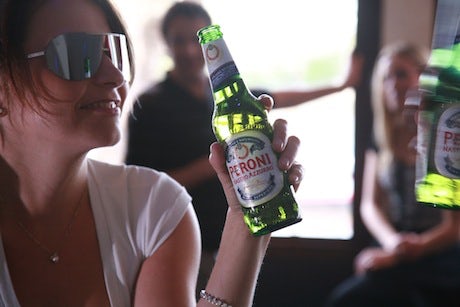 The word’s second biggest brewer by sales says it will launch a range of “fruitier” and “sweeter” liquids moving forward in the hopes of appealing to the growing number of discerning alcohol drinkers.

It is currently doing “extensive research” in understanding how to develop beers it can market more prominently around factors such as colour, smell and alcohol level.

Alan Clark, chief executive of SABMiller, told analysts on a conference call yesterday evening (19 February), that the focus on alternative beers aimed to counter “taste harmonisation”, wherein many lager brands end up tasting similar due to brewers attempting to maximise the appeal of their global brands.

He added: “There are many opportunities to innovate and expand beyond beer with a range of products that move from non-alcoholic, to lower-alcohol versions….and to flavoured alcoholic drinks and ciders. We have seen opportunities where we can reverse the trend of sprits and wines gaining share from beer. That’s certainly an objective for ourselves in more mature markets where we think the [beer] category has been neglected for a number of years and needs rejuvenation.

“What you will see over time is that innovation is growing in the beer world and certainly as contributor to our revenue is growing substantially over time.

Previous attempts to broaden the appeal of beer such as Carlsberg’s Animee have been hampered by ill-judged product positioning that has put off both male and female drinkers.

A greater focus on innovation over the last two years from the likes of Heineken’s tequila-flavoured Desperados beer has given way to renewed confidence the category can capture occasions from other alcohol categories. The Dutch brewer revealed 6 per cent of sales in the first half of 2013 came from new products such as the flavoured variant, which the brewer is using to pull younger drinkers into the category.

The innovation push is part of SABMiller’s wider four pronged marketing strategy to improve its premium mix, extend into other occasions and invest more in promoting its cheaper variants.

Separately, the brewer is switching the focus of its marketing and innovation teams from regional to global initiatives to allow best practice to be shared more effectively.