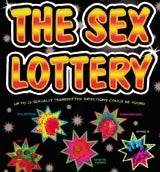 Teenagers today will hardly remember the AIDS scare of the early Eighties or the chilling warnings about the disease made in television advertising campaigns with their apocalyptic use of tombstones and icebergs.

The campaigns were designed to frighten people into practising safe sex, but the Government has not used such terrifying tactics since. However, almost two decades after the unsettling “Don’t die of ignorance” campaigns, cases of sexually transmitted infections (STI) have soared to record levels, with, for instance, one in eight teenage girls infected by chlamydia – a near-tripling of the incidence since 1995.

A Health Protection Agency report earlier this month exposed the promiscuous behaviour of young Brits and made uncomfortable reading for the Government. The report also fuelled criticism of the Government for failing to tackle Britain’s sexual epidemic. Last week, it was followed by a further report attacking the Government for insufficient spending on sexual health advertising.

Produced by an independent advisory group for sexual health and HIV, set up by the Department of Health in 2003, this later report points to inadequate funding for the current Sex Lottery campaign aimed at 18- to 30-year-olds and calls for an increase in the campaign’s national presence. The advisory group also calls for any advertising to focus on other targeted audiences, such as older age groups and people from different cultural backgrounds.

The director of the Centre for HIV and Sexual Health, Jo Adams, who is a member of the advisory group, says: “The Sex Lottery campaign engages with its target group, but the Government needs to turn its attention towards other groups. For this to happen, more funding will be required. We are asking the Government to commit to that.” But she adds that there is no need for a repeat of the chilling warnings about safe sex of the Eighties.

The two-year-old &£4m Sex Lottery campaign, created by Delaney Lund Knox Warren &amp; Partners, is the first significant safe-sex push since the AIDS warnings in 1986. The Department of Health claims that the campaign is the first widespread venereal diseases awareness activity from the Government for more than 50 years. The campaign uses a lottery analogy to urge people not to gamble on their health. It was first rolled out through the launch of scratchcards, followed by Valentine’s cards with the tagline: “I love you so much it hurts… When I pee.” Another card combined a couple on a beach with the lines: “Oh Valentine, since you came to me you’re always in my thoughts. I’ll never forget the night we met and you gave me genital warts.” The campaign spells out that those who have unprotected sex risk picking up one of 25 sexually transmitted infections.

But critics say that this light-hearted and sometimes brash approach might not work with teenagers today. One agency insider says: “Maybe there is no need for the fear factor to be introduced, but an ad that makes people sit up and take notice when talking about unprotected sex could help to address the problem. This campaign fails to do just that.”

DLKW chairman Greg Delaney counters the criticism by saying that there is a real danger of alienating 18- to 30-year-olds if the advertising is seen to be preaching. “The audience we are targeting fails to respond to didactic messages and this campaign is thought-provoking. Extensive research has proved that the campaign has positively affected attitudes towards safer sex.”

But what is not explained is why, after all the money spent, the safe sex message doesn’t seem to be getting through. Observers say that the current campaign does not generate the high level of anxiety and unease created by the campaigns of the Eighties. One agency insider says that ignorance about the dramatic rise in STIs will fade away only when people receive “stark warnings”.

But TBWA/London chief executive Andrew McGuinness says that the time for the use of shocking images in advertising has long passed: “Our tombstone campaign, though right for the time, wasn’t just famous, but infamous. These days, society is beyond being shocked and any campaign has to be seductive to be engaging. For me, that is what the Sex Lottery campaign does.”

Anna Hopwood, a business director at DDB London, also points to the effectiveness of the current campaign in terms of high recognition. However, she says that the Government should start focusing on “solution-based” advertising, such as talking about treatment and care, to try to stem the increase in STIs.

The debate about how to influence sexual behaviour has moved on apace over the past two decades. However, the new figures on STIs will put more pressure on the Government to tackle the issue decisively.