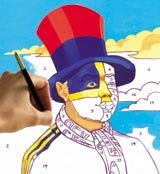 It is supposed to be the job of ad agencies to excel in creativity and that of marketers to demand it. But as ad campaigns increasingly mine the same tired ideas, it seems that someone somewhere is not doing what they are supposed to.

Last week, electronic goods giant Canon and drinks company Carlsberg unveiled elements of their campaigns around this summer’s Euro 2004 football tournament to their fellow sponsors (MW last week). Embarrassingly, the concept of fans with painted faces featured in aspects of both brands’ work.

Neither party intends to change these overlapping pieces of work developed for Carlsberg by Publicis, to run in Portugal, and for Canon by its design agency.

A source from one of the companies laments the lack of “clarity of message”. He adds that it seems unlikely research will show the sort of brand awareness and cut-through that every company wants for sponsorship that costs more than £10m.

Even a spokesman for Canon agrees that both campaigns lack imagination, saying the ads are “hardly a wild idea with Martians in yellow hats”. 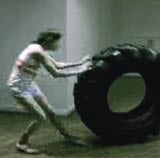 He excuses the work on the basis that a concept needed to be found which appeals to people from different European countries. But this seems to be a poor reason for unoriginal creative work. Ads that are designed to appeal to a general European market do not have to be bland and generic, as demonstrated by Wieden &amp; Kennedy’s Honda “Cog” ad. The ad made such an impression that WCRS created a spoof for The Number’s 118 118 – a brand that is itself no stranger to creative advertising.

Incidents such the one effecting Carlsberg and Canon seem to be on the increase, testament perhaps to a dearth of good ideas. Former Ford UK marketing director Peter Fleet says the company was forced to ditch a campaign in development for the Fiesta, as Vauxhall launched a campaign around the same “Wacky Races” idea for the Corsa first. “The last thing we wanted was even a vaguely similar idea,” Fleet adds.

Agency Assessments chairman David Wethey admits agencies can often pitch with embarrassingly similar ideas. “We have even seen the same straplines,” Wethey adds, “but maybe it is understandable, as most are taught the same things and are from the same backgrounds.”

There was much talk last year about a lack of creative talent in the UK, as a series of agencies resorted to recruiting talent from overseas, particularly Australia. Antipodean recruits include Dave Alberts at Grey London, Matt Eastwood at M&C Saatchi, Dave Droga at Publicis and Malcolm Poynton at Ogilvy &amp; Mather.

One agency creative head suggests this influx of talent can only make the industry more exciting by bringing in fresh ideas and approaches from abroad.

Perhaps their arrival will put an end to recent instances where ads appear to copy, consciously or otherwise, ideas from other campaigns. Waitrose claims that both Marks &amp; Spencer and Woolworths have been influenced by its ads, while coincidental similarities between ads from Lever Fabergé’s Sunsilk and Bourjois’ cosmetics range suggest a lack of new approaches in advertising. British Airways is also considering using the line “The way to fly”, which is similar to Lufthansa’s “There is no better way to fly”.

And, despite the retro trend, it can be no coincidence that companies such as Cornetto, Gold Blend, Ferrero Rocher and Smash have recently resorted to using old ideas for their brands. 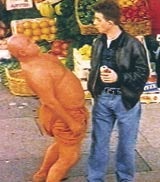 Even the latest Tango ads, created by Clemmow Hornby Inge, are similar to those created by Howell Henry Chaldecott Lury in the late Eighties, claims HHCL/Red Cell creative director and founder Steve Henry. But he adds that they successfully take on the brand values that ultimately help to sell the fizzy drink.

But, the commercial imperative of ads aside, Henry admits there has been a serious decline in the creativity of advertising during the past couple of years.

No risk, no invention

Henry says marketers are increasingly nervous about spending money on “risky” ads that may fail to sell products and effectively put their jobs on the line.

Marketers agree the tough financial situation of many companies makes it difficult to develop innovative ideas. Conservative Party marketing director Will Harris, former vice-president of brand marketing at O2, says fault does not necessarily lie with marketing directors, but with procurement staff whose eyes are fixed only on cost.

“The pressure on the procurement man to justify the pennies is colossal, so companies end up demanding only the very safest forms of advertising,” Harris says.

But former Euro RSCG chief creative officer Mark Wnek says: “There is a very definite problem in creativity and it lies with the bean counters at the agencies who have the cynical idea that an ad is an ad is an ad. Dull ads are not the fault of marketers, as they are not being stimulated by creatives.” Wnek says that ads only need to “entertain people long enough to open their wallets”, but agencies are failing to manage even this level of creativity.

Ironically, says Lowe creative director Damon Collins, as companies and agencies tighten their budgets, expensive research and link testing is on the increase. He says the cost of production can be one-third of that spent on research testing the work, particularly where companies have cut costs by developing single, global campaigns in place of campaigns for individual countries.

Euro RSCG London executive creative director Nick Hastings agrees: “There is too much methodology and research.” He also points to the competition between agencies for business, which makes them unwilling to challenge their clients and more likely to pander to restrictive research findings.

However, Fleet disagrees that research means the end of a creative idea. He says Ford’s highest-scoring ad in testing over recent years was for the Mondeo. It featured the Tom and Jerry cartoon characters, which was also the least conventional route.

But for every one of these, says Leo Burnett executive creative director Paul Shearer, there are many more examples of ads where research has been used to suck out the creative spark.

Lovin’ it? Not quite…

Shearer points to McDonald’s global “I’m Lovin’ It” campaign run by Leo Burnett, which broke last year and did little for sales in the UK. Since then the company has pushed the agency for creative local work, he says, and sales have recovered.

The next challenge for Burnett will be to inject creativity into the haircare market, having just taken on Procter &amp; Gamble’s haircare business. Ironically, it is P&G, the traditional bastion of middle-of-the-road advertising, that has made the most noise about the importance of creativity since the P&G bandwagon descended on Cannes last year.

P&G corporate marketing director Roisin Donnelly says: “As clients, we need to be more demanding and adventurous, while our agencies need to be more creative, stop playing it safe and take more risks.”

While P&G, as one of the world’s largest advertisers, should be congratulated for taking a creative lead, the company is several years behind the quiet revolution at rival Unilever. It has collaborated with agencies such as Bartle Bogle Hegarty in reinvigorating the tired packaged goods sector, notably with its award-winning Lynx deodorant work.

Unilever vice-president of brand communication Michael Brockbank says the company’s standards were previously set by which ads had worked in the past, but it realised that it was not getting the necessary return on investment.

Last year, the company introduced an initiative called “Learning to Love Risk”, aimed at driving creativity across its marketing teams. Brockbank says: “Creativity is not a ‘nice to have’, it is an imperative. We are constantly challenging our brand teams to think more creatively.”

With companies such as P&G and Unilever leading the field, it can be hoped that others will follow. But, if marketers remain nervous, and agencies adopt a cautious approach as a result, then it will be to the detriment of the brands. 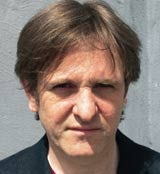 Creativity: in a state of flux?

Lookalike ads continue to embarrass marketing directors and can cost brand owners a fortune if they have to pull an execution. All concerned insist they are just unfortunate coincidences, though knowing how creatives love to chat in the pub – or at Groucho’s – one wonders sometimes if luvvy tongues have been wagging. The lookalikes can also confuse the hell out of consumers.

The brand differentiation between Lufthansa and British Airways should be clear enough. But if the British airline goes ahead with a campaign using the proposed strapline ‘The way to fly’ it will sound suspiciously like the German carrier’s ‘There is no better way to fly’.

A campaign for Bourjois eye shadow, which uses the line ‘Double D Eyelashes’, is reminiscent of the bus-side and print execution for Lever Fabergé’s Sunsilk Anti-Flat shampoo with the strapline ’36 DD Hair’. Lever Fabergé says: ‘It is purely coincidental. We are both trying to convey the message of volume.’

Lookalikes cost Ford dear when it was recently forced to pull a Fiesta ad because it used the theme of the Seventies children’s television cartoon series Wacky Races. Imagine the surprise of creatives at Ford’s ad agency Ogilvy &amp; Mather when rival Vauxhall – using agency Delaney Lund Knox Warren – nipped in and cut them up with its own execution for the Corsa based on the cartoon show. To be fair, Ford started off the cartoon theme by using Tom and Jerry.

Sometimes it is unclear whether an idea is a direct rip-off or a creative co-incidence. The team at McCann-Erickson Manchester were amazed when they saw an ad for Tunes lozenges by Abbott Mead Vickers.BBDO which used special effects showing a man walking round without his head on. A couple of months earlier, McCann had launched a campaign for the Teacher Training Agency using special effects to show – you’ve guessed it – people walking round without their heads on. ‘It caused a slight stir at the time,’ says one insider. Perhaps M&C Saatchi could claim to have started it all with an ad for Fosters showing a bungee jumper’s head being bitten off by a crocodile.

Waitrose never tires of claiming that other retailers are ripping off its campaigns. Marketing director Mark Price said there were ‘remarkable similarities’ between the Woolworths Christmas campaign this year through Bartle Bogle Hegarty and Waitrose’s own campaign the year before through Banks Hoggins O’Shea – both showed a Santa creeping round a sleeping household with a slumbering dog. In 2001, Waitrose managing director David Felwick accused Marks &amp; Spencer of ripping off the idea behind its ad campaign focusing on the provenance of the food. An M&S spokeswoman claimed it was purely coincidental.

Volkswagen and CitroÃÂ«n clashed twice in the mid-Nineties over identical campaigns. Both launched press and poster ads in the same week for in-car air-conditioning mimicking the old Sure campaign and showing the brand logo remaining dry while the rest of a model’s back dripped with sweat. A month later, a campaign for the VW Polo showed a car appearing to look into a mirror. Previous work by Euro RSCG Wnek Gosper for the CitroÃÂ«n Xantia Estate had used the same idea.