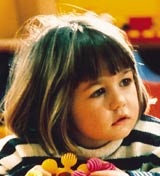 CHI, which was set up a year ago, pitched against Bates 141, Euro RSCG Wnek Gosper and Delaney Lund Knox Warren. It will begin work on the Safeway business in early September.

The appointment was made by Safeway marketing director Karen Bray and overseen by the AAR. Bray says: “This was a very close pitch, with an extremely high standard of strategic and creative thinking from all the agencies.”

A spokeswoman for Safeway claims there are “no current plans to return to television advertising”. But it is expected that with the appointment of a new agency, the supermarket chain will consider using the medium again.

Safeway, which once spent £35m a year on advertising, has not been on TV for more than two years. Under chief executive Carlos Criado-Perez the supermarket has concentrated on using tactical press and flyers to promote the launch of new or reformatted stores at a local level.

So far, 121 Safeway stores have been refitted and relaunched acc-ounting for 26 per cent of the chain’s selling space.