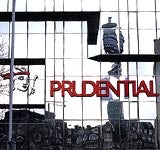 Ramsden, who takes the title of group marketing director, will oversee the restructured company, which now incorporates the Prudential-owned Scottish Amicable brand (expected to be scrapped next month).

Ramsden has spent 20 years in marketing, latterly with Safeway but also with The Boston Consultancy Group and Unilever. He joined Safeway as marketing director in 1995 before becoming format director late last year.

As format director he oversaw the branding and design of the new-style stores the company was introducing. He left at the start of this year without a job to go to.

During his stint as marketing director at Safeway, Ramsden spent six months as the manager of Safeway’s High Wycombe branch to gain an understanding of shop-floor culture.

Ramsden says: “The life and pensions market is going through immense change, which presents opportunities to develop new ways to reach our customers.”

The company has a combined marketing budget of &£5.5m. Prudential’s advertising is handled by Abbott Mead Vickers.BBDO.