Saga is relaunching its brand, unveiling a new look and feel for the brand as well as its first ever strapline ‘Keep doing’ as it looks to evolve the business to ensure it remains relevant for today’s over 50s, rather than being seen as a brand for “old people”.

The changes, which come into effect from today (24 July), include a new logo, font, colours and imagery. It starts with a new look for Saga Holidays, including new types of holiday aimed at people who want the reassurance of going on holiday with Saga but are keen to do their own thing as well.

There will be no “big ta-da” but most of its experiences and services will have changed over by the end of the year. Saga Magazine will follow Holidays, before the new brand is rolled out across the rest of the business, including its insurance. That will all be brought together for the first time under the new strapline and membership scheme called ‘Possibilities’.

“We won’t be turning a switch on, it is an evolving programme of getting better in line with the new positioning,” group CMO Matt Atkinson tells Marketing Week.

We are not a brand for old people, we’re a brand for people who are getting on with life after 50.

“Gone are the days of a ‘ta-da’ 60-second ad about a new brand. That’s a bit banging your chest and that isn’t for us. This is about evolving the business and adapting and making sure this is a brand that customers want in their lives and is relevant to their lives.”

The relaunch is the culmination of almost two years’ worth of work that started when Atkinson, the former Tesco marketing boss, joined. While Saga’s business is in good health, with pre-tax profits up 9.7% year on year to £193.3m, Atkinson says he knew it could do more to appeal to an age group that are healthier and more adventurous than ever before.

“People in their 50s and 60s see themselves as much younger and they are physically much younger and more able and they want to be active and contributing to society,” he explains. “Saga has been serving that generation for 65 years but we need to adapt to a world of retirement and the wide-ranging commitments of the older generation.”

One of the big changes is the introduction of Saga’s first strapline, ‘Keep Doing’. Atkinson has some experience of the important role a tagline can play having seen how pivotal ‘Every little helps’ was (and still is) at Tesco. Saga’s will now appear alongside its logo as an “explicit” expression of the brand’s purpose.

The strapline also has a role internally, with Atkinson describing it as a “manifesto” for the brand to ensure it build products and services that enable its customers to “keep doing life”. In insurance, for example, that means making the service easy, simple and effortless while in its new holiday products it means moving away from the traditional package holiday to also offer smaller group travel and more flexibility.

“It is about how we protect customers through our insurance services and home and emergency cover, but also how we are enabling and enriching life,” says Atkinson. “Our hope for our customers is that life is full and rich and it’s about how we make that happen and celebrate that. That’s where Keep Doing came from. How do we as a business sit alongside our customers and celebrate what they are doing.”

Its new membership scheme was born out of the same idea. Called ‘Possibilities’ it aims to say “thank you” to customers for buying its products. But Atkinson, despite his experience on Clubcard, was keen to ensure it wasn’t a points-based system that simply offered discounts or deals.

“[Saying thank you] is not an unusual thing but actually it is something that hasn’t happened in our business in the way it should have been. It is in some senses a feature of the world of insurance and money that often customers don’t get a thank you but a bill or a statement. We wanted to offer a statement of enjoyment or a thank you,” explains Atkinson.

There are three parts to the scheme. The first is an event and experience programme that will give customers the opportunity to attend exclusive events based on their interests – whether that is music, theatre, gardening or motoring. While the exact details are still being work out it could, for example, offer tickets for a private concert at St Paul’s or a VIP experience at Countryfile Live.

The second strand is joint activities with partner brands. So for example members will get money off Apple products but also access to the company’s Genius bars for tailored advice, or deals at Prezzo.

The final part is a community platform that Saga aims to use to crowdsource and co-develop events and partner activity. That will include a content strategy based around health, technology, money, home and travel that can inspire customers but also offer tips and advice and allow members to share knowledge.

Anyone that holds a product with Saga, has an active travel booking or has booked in the last two years is eligible for membership. The intention, says Atkinson, is to “turn customers into members”. That should also help to boost loyalty and give more opportunities to cross-sell across Saga’s offering.

Our customers don’t want another Nectar card or Clubcard, they want to engage with a membership scheme and be part of something.

“We want to talk to more people more often. We have adapted the magazine for the digital world and gone from having a website that was visited 200,000 times a month to a content platform with 1 million monthly visitors,” says Atkinson.

“We want to bring the membership, magazine and content together to really add value to the audience and brands working with it. What we’ve tried to do very specifically is to create a mutually beneficial platform for engagement and growth. We were very keen not to end up with a points or discount scheme because there are so many of them. Our customers don’t want another Nectar card or Clubcard, they want to engage with a membership scheme and be part of something.”

Changing the image of ‘old people’

Saga is synonymous with the older generation and Atkinson has previously admitted that Saga had positioned itself too closely with some of the older members of that generation. Now, however, it wants everyone over 50 to feel like Saga has something to offer them.

Part of that comes from his own personal experience. Atkinson is now 50 but says he “doesn’t feel old” and is still competing in Ironmen competitions and running 60 miles a week. However, he believes society and brands too often stereotype those aged over 50 and in some cases write them off.

He sees that as a huge opportunity for Saga because society is still catching up to what it means to be in your 50s, 60s and 70s.

“There is something not quite right about how society views older people. One of the bits of work we did was a linguistic study of public discourse around ageing and retirement and it does not make a happy read. What it says is we, as society, are shouting at, talking down to, stereotyping and undermining people’s confidence or telling them not to be a burden on society. Excuse me, but how dare we,” he says.

He readily admits Saga still has an image of a brand for ‘old people’ but says this work is the start of its shaking off that image of “being a brand for very old people who society has a stereotypical view of”.

“That is at the heart of why we are doing this. We are not a brand for old people we’re a brand for people who are getting on with life after 50. We want to make sure we’re seen as a brand fit for that purpose.” 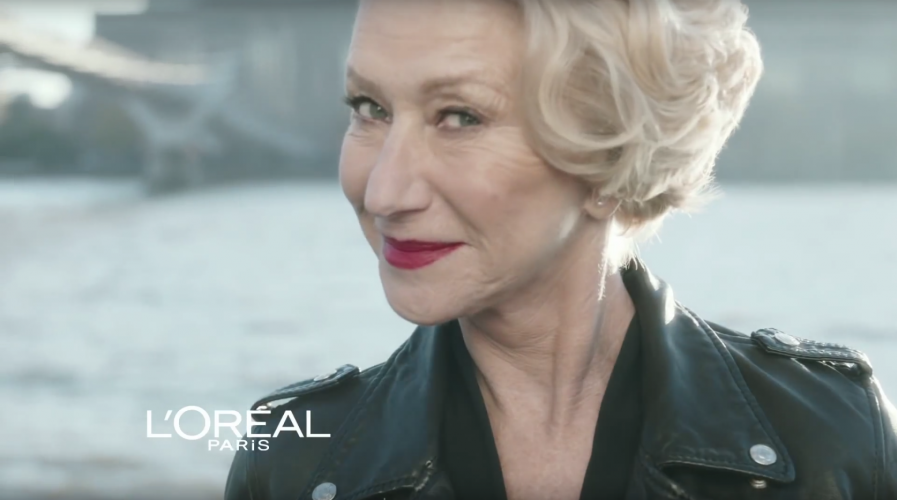 Over a third of the UK population is aged over 50 yet representation of this demographic in advertising is lacking and tends to be stereotypical. The latest in Marketing Week’s diversity series explores the portrayal and targeting of highly valuable mature consumers.