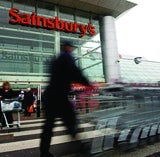 Sainsbury’s has revealed “early stage” plans to allow doctors to open GP surgeries within its stores for free as part of a strategy to be more community focussed.

The supermarket already operates a GP surgery in a Manchester store and is in the “early stages” of extending the initiative to other stores after positive customer feedback.

A Sainsbury’s spokesperson says: “One thing that customers always tell us is that it would be useful to have a GP in-store. It’s part of our wider agenda to play a bigger part in the community.”

Meanwhile, department store chain John Lewis is understood to be introducing services such as spas and hairdressers as part of plans to enhance the in-store experience. Its rival Debenhams currently operates Regis hairdressers in 25 stores.